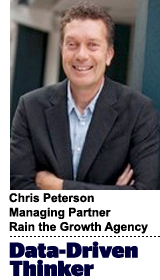 Pausing advertising on Facebook can look risky. Facebook has become the marketing lifeblood of a long tail of small businesses while serving as an efficient platform for larger brands to connect to millions of customers. Brands large and small have come to depend heavily on Facebook’s extensive reach into just about any marketplace. Turning off Facebook can feel like turning off the lights.

Overnight, the decision to advertise in Facebook went from one of economics to one of social justice. Like many aspects of the Black Lives Matter movement, it’s bringing uncomfortable conversations to the foreground. The easy, low-risk answer for brands, of course, is to do nothing, stay the course and see what unfolds. Brand leaders – those with strong conviction in what their brand stands for and who are adamant about protecting what they have created – are sticking their necks out. They know there is only one answer and that the risk to the business is in fact very low.

In the early 2010s, social media fueled the Arab Spring, a fast-spreading series of protests and rebellions throughout the Arab world. Citizens armed with mobile phones used Facebook and Twitter to organize millions of people to rise up against government oppression in Tunisia, Libya, Egypt, Yemen, Syria and Bahrain. Social media was used to quite visibly change the world.

Now, these same social media platforms are being targeted for fomenting their own oppression. Facebook, with a mission to “bring the world closer together” has been recast as a platform that tears people apart. The modest campaign from the NAACP and the Anti-Defamation League clearly touched a nerve, gaining instant global attention. The speed and breadth of support for the campaign reveals that this issue, like so many others today, has long been simmering just beneath the surface.

Right now the movement against Facebook has fallen a bit out of the news cycle as all news does, but it’s not going away. As soon as live sports in the United States makes a comeback, athletes will put the issue front and center. You see it in Europe with soccer and Formula One racing, the two most viewed sports globally.

For example, Lewis Hamilton, six-time world champion Formula One driver for Mercedes and the most dominant driver today, inspired the Formula One ecosystem to support Black Lives Matter.

Popular culture will take over where news organizations left off. It’s quite possible that the athletes themselves will make statements against Facebook, which will force more conversations among brands.

The largest brands in the world know full well that brand stewardship includes managing the company you keep. Facebook’s association with hate groups has never been a mystery – it’s hidden in plain sight, like confederate statues – and is finally coming home to roost. It’s no longer a question of a brand’s advertising showing up in Facebook content it doesn’t approve of – it’s the very association of the brand with Facebook as a clear enabler of hate.

Brands feel stuck between a rock and a hard place on this issue – but they shouldn’t. Brands always have alternatives for growing their businesses, especially those that wield larger budgets and influence. Turning off Facebook can force a marketing organization to rebalance how it invests in media and uncover alternative strategies with innovation, with necessity being the mother of invention. Rebalancing media investment also always reveals media insights.

Turning off Facebook enables larger brands to confirm in a more precise way what the platform actually contributes to the business. It’s not uncommon to over-attribute revenue to Facebook given its opaque environment. Many brands may well discover that Facebook was not delivering all that they thought and that lower media investment allocation is warranted.

When risk is mitigated and insights are revealed, it becomes far easier to answer the question of pausing Facebook advertising for a month. Of course, it will take more than a month to drive significant change at social media’s biggest platform. Its marginal concessions designed to appease critics continue the theme of “Trust us, we’re working on it, and in the meantime, keep advertising.” Facebook can launch new products and services in months but it appears to need years to “work on” managing hate content.

If the state of Mississippi and NASCAR can remove the confederate flag in a matter of days, why on earth can’t Facebook move more quickly? Courage appears in short supply right now in the executive ranks of Facebook, as it hopes this will all blow over so it can reap the wealth it delivers. As a result, marketers will need to vote with their advertising dollars if they want Facebook to be a sustainable solution for building their own brands. Fast-moving cultural shifts will continue to reveal that the answer to advertising in Facebook – or not – is far more obvious than it seems.