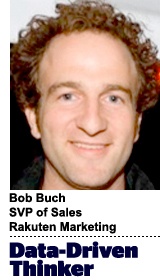 Today’s column is written by Bob Buch, SVP of sales at Rakuten Marketing.

Ten years ago, I learned an important lesson about how to treat your core customers when, as Digg’s VP of business development, I was part of one the web’s biggest success stories – and biggest cautionary tales.

Digg enjoyed a meteoric rise to become one the web’s biggest news and media sites – bigger than both Facebook and Twitter at the time. People have postulated many theories as to why the original iteration of Digg ultimately failed. I want to focus on one of those reasons: Digg lost sight of its best customers.

We’re all familiar with that moment when a musical artist comes out with that album that crosses over into the mainstream and they start playing stadiums instead of small clubs. “I like their old stuff,” true believers say. The same dynamic exists with brands – from a media site like Digg to retailers like Warby Parker or Gilt Groupe. Every successful company reaches the moment when it goes from serving a dedicated and loving user base to serving a more mass-market audience.

When we reached this moment at Digg, we sat in countless strategy meetings mulling over features that might appeal to a mainstream audience. We were looking to break out of the “nerdy,” juvenile male demographic clicking on our T-shirt ads into the Oprah-NFL-NASCAR folks who clicked on ads and are known to lay down their credit cards.

In the process, we started inadvertently neglecting our core user base – at times even developing an antagonistic relationship with them. We noticed our top users trying to get their friends and family members to Digg, or essentially “like,” their stories and give them more power within the network, which we saw as cheating the system.

It turns out that we had it backward. We should not have fought those top users – we should have embraced them. After all, they were trying to do our marketing for us. They were asking their Oprah-watching grandmothers to join our site and Digg their stories, and we were trying to stop them?

All those hours trying to figure out how to crack into the mainstream and the answer was right in front of us. Indeed, it was those same power users that ultimately torpedoed Digg’s plans to become a mass-market business when they got fed up with our changes to the site and migrated en masse to Reddit, our biggest competitor.

Retailers and commerce-driven businesses could learn a useful lesson from the Digg story. Many marketers I meet with are heavily focused on new user acquisition, often at the expense of showing love to their own best customers. Too often, they dedicate no advertising resources to talking with their existing base, leaving that to their email marketing teams and other free channels, such as organic Facebook posts.

With Gmail stuffing marketing emails into a separate inbox and Facebook becoming more pay-to-play about showing posts from businesses to their fans, fewer people than ever read marketing emails.

Consumers today are more attuned to authenticity than ever before. Between fake news sites and blurring lines between advertising and content, consumers must be vigilant with their trust meters.

The most trusted source of information is one’s own inner circle of friends. I personally just bought the same car that my friend owns after he recommended it, I have single-handedly sold three dozen Sonos sound systems with my relentless raving about it and my closet is increasingly homogenous to the brands that I know and love.

When I see new products or special offers from one of my favorite brands, whether it’s in my news feed or a targeted ad, it reinforces my connection with the brand and deepens my affinity. In turn, I talk about it more – both online and off.

Some of the savvier marketers I work with are going all-in on paid marketing to their existing user base because they are seeing incremental revenue by doing so. Facebook, Google and the open web, via LiveRamp, all have well-established methods for securely onboarding customer files into ad networks as targetable audience segments. If a brand can reach its customers by email, it can now reach those same customers with ads across the web. Campaigns that target customer lists may not perform as well as traditional site retargeting, but they often come close in terms of efficiency while driving incremental sales that might otherwise not have occurred.

Marketing strategies that target existing customers should also be considered a form of influencer marketing. Some of the smartest marketers I talk to are convinced that influencer marketing will be the next big thing. Affiliate networks, traditionally known for lower-funnel partnerships with loyalty and cash-back sites, are branching into upper-funnel partnerships with influencers who are an authentic fit for the brand and will agree to post on their behalf. These influencers have thousands, and often millions, of followers on social networks and can drive significant interest when they post about a product.

When marketers target ads to their own best customers, they may not get the same level of reach as using a paid influencer, but they make up for it with breadth and increased authenticity. There is no better person to be an evangelist for their brand than one of their best customers, and most marketers have thousands to millions of best customers.

Tapping into that passion does not require millions of dollars invested in a creative agency, but simply a paid marketing program to put relevant products in front of their best customers. Those customers won’t share something that looks like an ad, but they won’t hesitate to share a post featuring a product they love.

While marketers have the challenge of juggling multiple objectives aimed at growing long- and short-term growth opportunities, it is important that they remember they already have access to some of the most authentic influencers out there: their own best customers.