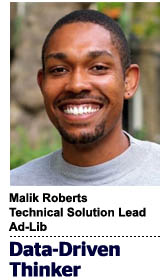 As consumers, our data is becoming more private and less accessible. We’re becoming more difficult to track as we move around the internet, consume content and flick between devices.

These changes make it more challenging for marketers to address consumers in a contextually relevant and privacy compliant way. As a result, marketers must think more seriously about how they acquire and leverage the data available to them. In short, it’s putting them in the relevancy hot seat.

Before the roll-out of policies such as GDPR in the EU, Apple’s deprecation of mobile identifiers and Google’s looming depreciation of third-party cookies, advertisers were able to cherry-pick technologies and find a way to make them work with no real concern for whether or not passing data between platforms would be a blocker.

For example, third-party DCO vendors could take their tag and add it to Google’s demand-side platform in place of a creative asset. This way, when the buying platform is ready to show a creative it makes a call to the third-party server to fetch the creative asset.  This sort of “piggybacking”, whilst historically commonplace, has become increasingly problematic as the demand for stringent governance around the control and processing of data has grown. When the buying platform communicates with the third-party DCO platform, it is likely passing user-level data in order to achieve scale or streamline workflows. There is also the issue of user consent which becomes difficult to manage when your owned server or buying platform has no visibility on the cookie being dropped (and is therefore unable to block it!)

For a long time, the integration that allows for dynamic creative optimization has been coupled up with media. The relationship between the two has been largely beneficial as audiences were refined to a tee, and DCO allowed for scalable and cost-effective personalized communication. This scale was achieved by allowing impression-level data to flow freely between DCO and media platforms to help inform the creative variation a user would see.


This process is becoming progressively less robust as data passes have decreased in effectiveness or disappeared altogether. Google’s depreciation of their macro for Audience ID is a stark reminder.

What we’ve seen is a move to more of an ad-served walled garden approach, where DCO vendors will onboard first-party data sets and allow for ID matching and activation within their own ecosystems. This approach, however, is still heavily reliant on cookies and mobile identifiers.

While DCO vendors might request permission to drop a first-party cookie which will allow them to track the first party’s domain, those cookies are still subject to ITP and declining opt-in rates. However the more pressing issue is that the technology that once promised to seamlessly scale your creative production while allowing for greater personalization is now lacking in scale, requires significantly more technical set-up than before and insists that you run reporting and attribution via their stack as opposed to the marketing technology stack that you’ve already invested in.

Rather than replicating data that is already in the media buying platforms, or building a bespoke walled garden of their own, one could argue that the bigger opportunity for brands lies in using technology to understand and improve upon the creative assets provided to the buying platforms.

Creative has always been a strong driver of performance – up to 4x as impactful as the media plan, according to some studies. It makes sense, then, that we do all that we can to improve the quality and variety of ad creative.

Machine learning models such as computer vision can help identify the individual makeup of elements in an ad and correlate what elements, such as objects and colors, resonate best with specific audience segments. Natural language processing lets you understand the sentiment behind copy to see what kinds of phrases and tones work best in your creative.

This data can be fed into memorability and creative scoring models that can be used to assess the quality of a brand’s creative aesthetics, indicating how a creative might perform, and how well it keeps to publisher best practices and brand guidelines – all before you’ve bought any media.

Together, this creative intelligence allows marketers to decouple creative from media and use creative quality as a powerful optimization lever, raising the proverbial floor before raising the ceiling.

As tracking individual consumers becomes more difficult for marketers, creative and context become more important, which creates a massive opportunity for marketers to go back to basics – focusing on telling clear, data-driven stories with creativity at the helm.