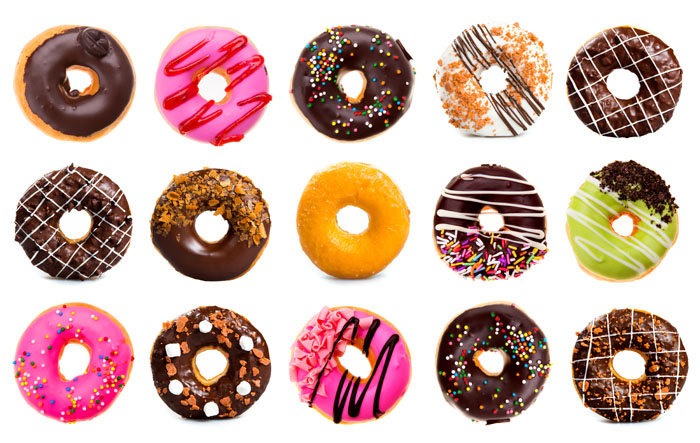 Dynamic creative optimization is only one of many challenges facing brands in the quest to serve relevant, efficient and optimized creative, said Joanna O’Connell, a VP and principal analyst at Forrester.

And that’s why creative ad tech providers that go beyond the basics were crowned the leaders of Forrester’s Q4 2020 creative advertising technology wave, released this week.

Innovid, Jivox, Clinch and Flashtalking led the pack, according to Forrester, for providing omnichannel support, embracing new formats and doing more than just flapping their gums about “the cookie problem.”

“They’re thinking about how to evolve their solutions to meet the changing needs of brands, and they’re thinking long and hard about a world without cookies,” O’Connell said. “But they’re doing that by figuring out ways to help their clients on the road ahead, not just by saying, ‘Oh, we participate in industry body conversations’ or ‘We work with identity providers.’”

RevJet, SundaySky, Bannerflow and Adacado were “strong performers,” while Celtra, a leader in the previous wave, surprisingly slipped to “contender” status.

When Forrester released its first creative ad tech wave in late 2018, programmatic video was still nascent. But as demand for connected TV inventory and online video in general grows, so does interest in ad tech that can help marketers take advantage of that opportunity.

Innovid (making its first appearance on the wave); SundaySky, also new to the wave and classified as a “strong performer;” and Jivox, which remains a leader; all received high marks for their embrace of video formats.

“They’re putting a lot of energy into future-facing areas,” O’Connell said. “Online video and CTV are both incredibly important.”

One Innovid customer told Forrester that it’s specifically looking for partners with an appreciation of and solutions for advanced TV. But while video and increasingly CTV are Innovid’s historical bread-and-butter, it’s also bringing more traditional formats on board. In September of last year, Innovid spent $30 million to acquire display advertising chops with the purchase of Buenos Aires-based creative management platform Herolens.

Meanwhile Jivox, which was also a leader in the previous wave, maintained its status thanks to a continued focus on innovation and the evolving needs of modern, data-rich, sophisticated brands, O’Connell said, particularly DTC and ecommerce retailers. But Jivox got mildly dinged because its UI can be a little challenging for the uninitiated. That’s something they can fix, though, O’Connell said.

“Ease-of-use obviously matters a lot and will continue to matter as folks become more self-serve with these tools,” she said, “but their underlying tool set is good, and that is why brands choose them.”

Clinch clinched its leader spot on the continued strength of its vision and product road map, including a plan to develop more predictive tools, although the company is still smaller in terms of revenue and “scrappier” than others in its competitive set, O’Connell said.

And Flashtalking, a strong performer in the past, (although it didn’t formally participate in this Wave,) attained its leadership position thanks to continued progress on its integration with Spongecell, the DCO specialist it merged with in 2018. Flashtalking also differentiates through its cookieless measurement solution, which will help buffer it from third-party cookie deprecation.

While the strong performers – RevJet, SundaySky, Bannerflow and Adacado – scored well for different reasons, they are united in their ability to deliver on their promises and the user-friendliness of their offerings.

RevJet, which didn’t actively participate in the Wave, has an SaaS model, which is appealing to the enterprise brands that make up its customer base.

SundaySky, which, like Innovid, has deep experience with video formats, is in the process of shifting from managed services to more of a platform-based business model. Its focus on both owned and paid video experiences is interesting as well because brands need to be thinking about both, O’Connell said.

Bannerflow, which does most of its business in the European market, is very focused on making its technology as accessible to marketers as it is to designers, while Adacado, which moved up from “contender” in the previous wave, is working to make its platform as DIY and self-service as possible in a bid to attract small and medium-sized businesses.

“That means Adacado doesn’t have all of the super-robust bells and whistles that others have, but what they do have is streamlined, simple, focused and easy to use,” O’Connell said.

But Celtra, one of the most well-known providers of creative ad tech on the market, was pegged as a contender this year. In 2018, Forrester classified Celtra as a leader for its ability to help large global companies speed up and localize their creative production.

The change in its fortunes on the wave mostly reflects Forrester’s own inclusion criteria for the report. Forrester looks at the end-to-end creative process, and over the last year or so, Celtra has scaled its solution back so that it’s no longer handling ad serving or real-time decisioning. The focus is now on helping designers and marketers produce and version creative assets, and that’s pretty much it.

But why did Celtra narrow the scope of its offering? It’s hard to say since Celtra opted not to formally participate in the Wave this year.

Although broad marketer adoption of creative ad tech is starting to accelerate, “there’s still lots of room to grow,” O’Connell said. “Lots and lots – and lots – of room.”

And the pace of adoption could actually be a byproduct of the market beginning to mature.

Sophisticated brands know they need creative advertising technology to keep up with the demands of modern digital marketing. But building the business case, going through the formal RFI process and getting all of the right constituents and decision makers involved can be quite time-consuming, O’Connell said.

As with most things, though, COVID-19 is causing marketers to hasten their digital transformation plans.

“It’s never been more obvious than during the pandemic, brands need this kind of technology, because they have to be super nimble and, depending on the business they’re in, they might also need to be highly variable in their messaging,” O’Connell said. “If you’re a retailer, and your safety mandate policy is one thing in one state and different in another – that’s the sort of stuff you really have to get right.”