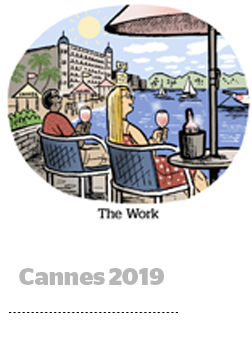 The Cannes Lions, the annual advertiser confab celebrating creativity on the French Riviera, is all about the glitz and glamour.

But this year, beyond the branded yachts and magnum-sized bottles of rose, proving that creativity drove business performance will be a key ingredient in winning awards as marketers struggle for growth.

“The topic of value-based marketing will be big,” said Brian Wieser, global head of business intelligence at GroupM. “Do brands need to express values? Should they pick sides, or should they be neutral?”

But brands will need to prove that impact-driven creative drives results. That will be exacerbated by the fact that this year, consumer brands are being judged in a separate category from non-profits and NGOs, said Adam Gerhart, US CEO at Mindshare.

“Nonprofits have been able to take larger risks because they have finite and fixed budgets,” he said. “But commercial brands are held to quarterly sales goals. They’re going to have to balance business impact with the narrative storytelling.”

Conversations about data and media have been divorced from the creative discussion taking place at the Palais in years past. But as creative and performance converge, marketers will be focused on exploring how data drives creative impact, said George Manas, president at OMD.

“The last five years of data-driven marketing has been quite clinical,” he said. “Now that it’s the new norm, how is it actually contributing to more impactful marketing?”

Top to top and behind the scenes

While Facebook, Google and Twitter will show up at Cannes once again this year with branded beach cabanas and star-studded events, the conversation behind closed doors will be more sober.

With antitrust lawsuits, data privacy scandals and pending FTC fines hanging over the platform’s heads, marketers aren’t going to get distracted from the global privacy and disinformation conversation by fancy parties and overflowing bottles of rose.

“It’s going to be a tale of two cities,” Manas said. “Facebook, Google and other platforms are going to be in celebration mode. But there are going to be vocal and active brands talking meaningfully about all of this.”

Those serious discussions will happen between top executives behind the closed doors of air-conditioned hotel suites, away from all of the hubbub.

“It’s not going to show up on the beach or anything,” Gerhart said. “They’ll feature in a top-to-top setting.”

Behind closed doors, agency buyers hope Google talks about the restrictions around using its Google ID and how limiting the use of cookies in Chrome will affect media buying.

And Facebook will likely focus on regaining advertiser confidence in the run-up to the 2020 election.

“Everybody will keep it optimistic of course,” Manas said. “Advertiser confidence is key. They’re not going to do anything to put that into question.”

But agency leaders are getting fed up with continually revisiting the same issues around brand safety and privacy.

“Frankly, strategic partnership with these big platforms has been challenged,” said Doug Ray, chairman, Dentsu Aegis Media. “We want to do things that are innovative, but we find ourselves coming back to these topics. We’re hoping we can move beyond that.”

New kids on the Croisette: DTC and advanced TV

Cannes Lions is sure to attract the usual suspects this year: Creative minds fill the Palais, ad tech yachts dot the marina, platforms take over beach cabanas and agencies post up at The Carlton and The Martinez hotels.

But a new crop of direct-to-consumer brands will be peppered into the conversation and awards this year more than they have in years past, Gerhart said.

Most, however, are still not large enough companies to shoot for the big awards, Ray argued.

“If you are an independent DTC business, do you care about awards, or do you simply care about growth?” he said. “I don't think a Cannes Lions is going to get you investment vs. a 20% growth in subscribers.”

On the flip side of DTC, media companies and networks will be at Cannes ready to tout their forthcoming DTC offerings. NBC is doubling its investment in the festival year as it plans to roll out its own streaming service, and Xandr and Disney are showing up bigger than in years past, Manas said.

“They’re not as prominent as the Googles and the Facebooks, but they’re there,” he said. “But they’re not going to repeat the upfronts.”

More of the same

Beyond a few new players in the mix, agency executives at Cannes this year are expecting much of the same.

“I don't see anything wildly different, which is kind of disappointing,” Manas said. “I feel like the energy in the system is to do something different, but it always winds up being the same.”

Mindshare is taking a more critical eye when setting up vendor and partner meetings. Unless they approach the agency with an angle that furthers client objectives, it’s tough to justify a face to face.

“They have to support the work and creativity, not just be there for their own agenda,” Gerhart said.

But while Cannes may feel like Groundhog Day to some, its core value prop remains the same for most media executives.

“It’s such an efficient way to see so many people from around the world,” Wieser said.