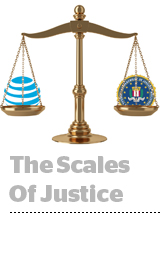 The government lost its appeal to stop the AT&T and Time Warner merger on Tuesday. While AT&T will continue to operate Time Warner as a separate group, The New York Times reports, the two companies can integrate more deeply and move forward with plans to launch a streaming service and monetize third-party inventory. “The merger of these innovative companies has already yielded significant consumer benefits, and it will continue to do so for years to come,” says AT&T general counsel David McAtee. “While we respect the important role that the US Department of Justice plays in the merger review process, we trust that today’s unanimous decision from the DC Circuit will end this litigation.” More.

Facebook will not renew more than two-thirds of news programming on Watch and is cutting budgets for publishers to produce shows for the platform. To soften the blow, publishers will be allowed to sell more of their own inventory within Watch and split the revenue with Facebook. The platform previously handled sales for Watch inventory internally and kept the money until it recouped production costs. Willingness to cancel shows that aren’t performing well is par for the course in the TV biz, Keith Hernandez, founder of consulting firm Launch Angle, tells Digiday. “If publishers want to act like production studios, they need to embrace shows not getting picked up for another season,” he says. “It happens all the time.” More.

Fiduciaries In The Data Mine

The idea of treating digital platforms as “information fiduciaries” is popular among legal and policy scholars. The idea is that companies like Google, Facebook and Twitter must face higher standards to protect their users’ data, similar to how doctors, accountants and lawyers face higher standards. But there are “a number of lurking tensions and ambiguities in the theory of information fiduciaries, as well as a number of reasons to doubt the theory’s capacity to resolve them satisfactorily,” according to a legal paper co-written by professors from Yale and Columbia that published this week. The professors warn against regulating based on information fiduciary claims because it could curtail more robust enforcement. Find the full paper at SSRN.

Wayfair posted blistering sales growth, with Q4 revenue up more than 40% year over year to almost $2 billion. But its losses have nearly doubled, largely because finding new customers is getting more expensive. One financial analyst estimates Wayfair’s customer acquisition costs grew 10%, MediaPost reports. Wayfair plans to spend a record amount on ads this year, concerning some investors about the prospect of runaway marketing, with high revenue growth tenuously supported by even higher spending growth. And the spend isn’t just paid media. Wayfair must also spend more on tech and talent to support a stronger data and media operation. “We remain focused on our long-term approach to investing in the business, and believe the company’s outsized growth at scale is a testament to the strength of our brand and platform,” said co-founder and CEO Niraj Shah. More.