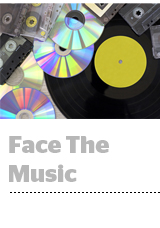 The Price Of Music

Vivendi is in talks to sell its stake in Universal Music Group for $25 billion. That’s a striking number, considering that when Vivendi bought the record label in 2000, the music industry was collapsing under the weight of illegal downloads – but we have paid streaming services like Spotify and Apple Music to thank for reviving record labels. Vivendi has been kicking around the idea of selling UMG for two years and now the iron is hot enough to strike, although there are still uncertainties in the record biz. The entertainment giant has met with at least two private equity firms, and other possible investors include Apple, Liberty Media, SoftBank, Tencent and Alibaba, Bloomberg reports. A sale would be “a remarkable testimony to the resurgence and the importance of content,” said Bryan Gildenberg, an analyst at Kantar Consulting. It could also be the next big example of media and entertainment consolidating within walled garden tech companies. More.

Sunday’s big game set a record for streaming viewers, with 2.6 million viewers per minute, up 31% from last year, according to CBS. Overall, 7.5 million unique devices streamed the game, an increase of 20% over last year. The growth in streaming viewership benefited from the game streaming on more platforms than ever, including the CBS Sports website and apps as well as through the NFL and Verizon. CBS also said the game set a record for subscriber sign-ups, viewers and time spent on its OTT streaming app, CBS All Access. More at MediaPost.

Ralph Lauren shares jumped about 10% Tuesday after the company reported strong ecommerce growth. Overall revenue was up about 5% annually, but online sales were up 21%. Total sales were expected to lag a bit, since Ralph Lauren is dropping many of its discount sales and product lines in favor of higher investments in brand marketing to support higher prices in more premium outlets. The brand upped its holiday marketing spend by 18% in 2018 and saw strong returns, CFO Jane Nielsen told investors. Marketing increased from 3.8% of sales in 2017 to 4.2% last year. Nielsen said the plan is to increase spend until marketing is about 5% of all sales – and digital opportunities are still opening up, too, like a partnership last year with Stitch Fix and the growth of social commerce with Instagram and WeChat. More at Fortune.