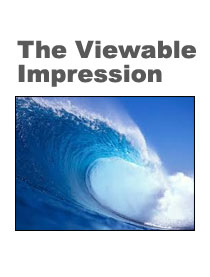 Facebook is now publicly traded – so why can’t its user data be? In a Charlie Rose interview that aired last night, Google CEO Larry Page strikes a familiar note of frustration about Facebook’s closed policy on sharing friend data. “You don’t want to be holding your users hostage… We think it’s important that you as users of Google can take your data, and take it out if you need to, or take it somewhere else.” Venture Beat’s Dylan Tweney picks up the interview. The issue may matter more to Google than Facebook’s users, who don’t seem to be clambering to upload their friend lists to Google+. Google on the other hand faces what may turn out to be its first intractable competitive disadvantage, especially if Microsoft and Facebook deepen their search relationship.

Vivaki has paired with BlueKai on a data offering called Audience Insights. The platform combines Vivaki’s cookie syncing approach with BlueKai’s DMP. “Instead of traditional ‘tagging’ of creative assets and Web pages – which can be cumbersome and potentially inhibit the consumer experience – Audience Insights reduces the complexity and increases scale by leveraging what is already in place.” Press release.

Former AdExpose CEO and current comScore exec Kirby Winfield hops aboard his personal blog and writes that the brand-dollars-coming-online storyline is a fallacy. Winfield says, “The idea of online publishers somehow keelhauling the established TV ad market is the single largest and most consistent fallacy this industry has propagated since its inception.” Keelhaul more.

Google is starting to report the results of an auction in a new feature announced on Google’s Inside AdWords report. To a degree, this is the sort of data that publishers have longed for. Group Product Manager Bhanu Narasimhan writes, “With the Auction insights report, you can compare your performance with other advertisers who compete in the same set of auctions as you do. You can see how often your ads rank higher than other advertisers’ ads on the search results page, and how often your ads appear compared to theirs based on your estimated possible impressions.” Programmatic buying is increasingly coming to the sales side. Read it.

UK-based media buying platform Infectious Media reaches out to partners in a video series meant to inform potential clients or even those piqued by the demand-side platform. The results are several videos which promoted best practices. See “A Marketer’s Guide to Real-Time Advertising.”

On ClickZ, Darren Yan, a VP in the Consumer Banking Group at DBS Bank, says emerging display ad publishers – think Skype – need to ramp beyond their “dumb pipe” offering if they’re going to win brand dollars. “It is too simple to suggest that the availability of new online display inventory results in brands diverting their marketing budget to these emerging entrants. Online advertising is a highly competitive sector, and one response that established incumbents would use to fend off the entrant’s challenge is to offer incentives to advertisers so as to prevent them diverting their marketing dollars.” Read what he suggests.