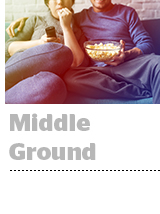 If You Can’t Beat ’Em

While Disney and WarnerMedia challenge Netflix head-on, Viacom is going the partner route. The network is relaunching MTV’s “The Real World” on Facebook Watch, for example, and running sequels as Netflix originals. Viacom’s Paramount Pictures will partner with streaming platforms to launch films that won’t do box office releases but could still resonate with specific audiences. And Viacom’s TV division will step up production from nine to 18 shows next year, with the new content largely going to unowned distribution channels. “I don’t know that we are going to change anyone’s existing habits, and I think it has been a fool’s errand for most people to think that we could have,” MTV President Chris McCarthy tells The Wall Street Journal. More. Related: Netflix will raise $2 billion in debt to finance a content acquisition spree. Read that release.

Major marketing SDK companies that cater to mobile app developers have figured out how to retarget Android and iOS users who have recently uninstalled an app. Technology vendors including Adjust, AppsFlyer, MoEngage, Localytics, and CleverTap offer app-uninstall tracking and mobile leaders like Spotify, Yelp and T-Mobile US employ the service, Bloomberg reports. Uninstall retargeting may violate mobile operating system policies, but neither Apple nor Google have addressed the feature. Unlike web retargeting, which iOS in particular has handicapped, uninstall tracking is tied to mobile app IDs and fuels app store search budgets. In other words, don’t expect the practice to stop any time soon. More.

Giving Away The Store

A Portuguese court ruled against Alphabet on Monday in the first case of a European national court enforcing separation of the Android OS and Google mobile apps since the European Commission’s antitrust ruling and record $5 billion fine in July. The case was brought by the app store startup Aptoide, also one of the original complainants in the 2014 EU case, which saw its app systematically removed from Android smartphones, Reuters reports. “This court’s decision is a signal for startups worldwide. If you have reason on your side don’t fear to challenge Google,” said Aptoide CEO Paulo Trezentos. More. Related from CNBC: Google Will Dominate Mobile In EU, Despite Antitrust Ruling.