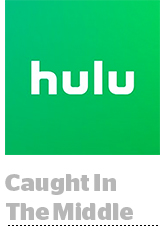 It would make sense for Comcast to swap its 30% stake in Hulu to Disney to pay down the debt from its $40 billion acquisition of Sky TV, but don’t expect that to happen any time soon. If Comcast sold its Hulu stake, Disney would claim near-full ownership of the OTT platform, of which it now owns 60%, of thanks to its acquisition of 21st Century Fox. Comcast still earns a lot from NBCU content on Hulu, and even more important is what it learns about streaming viewership and subscriber trends. “If Disney had total control of Hulu, with its 20 million U.S. subscribers, it wouldn’t need a new, Disneyflix platform,” writes The Wall Street Journal. “As things stand, it isn’t in Disney’s interests to invest too heavily in a platform from which Comcast benefits.” More.

The dispute between Dmexco organizer Koelnmesse and conference founders Christian Muche and Frank Schneider continues. Followers of the saga will recall that Koelnmesse surprisingly fired Muche and Schneider about a year ago over an alleged contract violation. The Cologne Court of Appeals found there was no such violation, and in the latest update, the Chamber of Commerce associated with Cologne found that Koelnmesse’s termination of Muche and Schneider was unfounded. In a statement, Muche and Schneider said they’re going after money owed and damages. “This will be negotiated in early December in the same chamber, seeking EUR 8 million in restitution. Already during the negotiation of our fee the court has made it clear that the further proceedings can only be about the amount of damages.” More.

An EU antitrust ruling coming into effect Oct.ober 28 will change Android’s contracts so the Google operating system can no longer require smartphone makers to include Google services by default. European search engine and app services hope it will open billions of dollars in mobile real estate, Bloomberg reports. “It has been so dominant for so long that hardly anyone is left in Europe to mount a credible offensive. Still, this is the best chance that potential competitors have had in many years.” Startups could find meaningful growth in only a sliver of Google’s EU browser and search market. The outcome is a setback for Google even if it doesn’t lose market share, since without the contractual deals it must outbid players like Microsoft to pre-install its search engine and suite of apps. More.