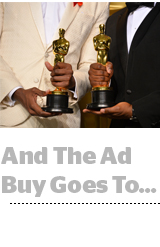 Accenture Interactive will acquire Adaptly, an ad tech and programmatic services company. Terms of the deal were not disclosed, but Adaptly has 150 employees and has raised $13 million in funding. Adaptly should help Accenture Interactive “enable workflow, improve quality assurance and really just operate better and faster and more effectively for clients,” Scott Tieman, global head of programmatic services at Accenture Interactive, tells The Wall Street Journal. The consulting firm has steadily pushed into the creative agency business for years, but caught flak from agency execs when it launched a programmatic unit in May, which they say is in direct conflict with its media auditing business. More.

Yieldbot’s struggles came to an end Wednesday, as the company shut its doors. Chief Data Scientist Soren Macbeth and co-founder and CTO Richard Shea each tweeted their goodbyes. “I’m incredibly proud of the people I got to work with and the technology that we built,” Macbeth wrote. “I don’t have a plan yet for what is next. Reach out if you know of something cool.” Shea echoed the sentiment. Yieldbot began in 2010 as a publisher analytics platform and started selling media two years later. But as budgets shifted from ad networks to programmatic, the company faced a series of challenges, including a header bidding wrapper that didn’t catch on. In 2017 it laid off a third of its employees, and co-founder and CEO Jonathan Mendez left. Yieldbot’s closing is now another example of the winnowing of ad tech companies.

Adoption of the IAB Tech Lab’s Open Measurement SDK is picking up steam. The SDK, which enables app publishers to work with multiple third-party viewability vendors without integrating multiple times, came out of beta in April and is now in various stages of deployment with hundreds of thousands of apps. According to the Tech Lab, that translates into a global reach of around 2 billion devices. But only 17 companies so far have completed the Tech Lab’s measurement SDK certification program, which ensures the product is being used correctly. Flipboard, Gameloft, InMobi and Pandora are all on the list. “With in-app advertising viewability and verification simplified and made more consistent, brands can confidently and more easily buy mobile app inventory,” said Dennis Buchheim, SVP and GM of the IAB Tech Lab. “Let’s continue the momentum.” Read the release.

ABC is asking $2 million to $3 million per 30-second commercial for the 2019 Academy Awards, Variety reports. In the past couple of years, the high end for an Oscars ad has ticked up from $2.2 million to $2.6 million to $3 million, which is notable because the number of viewers dropped from 34.4 million to 32.9 million to 26.5 million during the same period. ABC has bolstered ad rates by allowing more contextual commercials, such as a series of Walmart-sponsored short films by female directors. Disney, which owns ABC, also commissioned research from Google to show that its tentpole events, like the Oscars and big sports games on ESPN, drove more search engagement for sponsor brands than comparable events like the Golden Globes or the Grammys (which air on NBC and CBS, respectively). More.