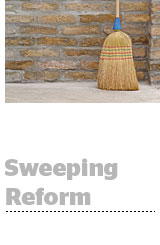 Google is enacting some major changes following its YouTube brand safety issues [AdExchanger coverage], and many of these changes go well beyond the video platform where the mess originated. Bloomberg reported that Google is rewriting its search algorithm to bury “misleading, false and offensive articles.” Read more. Of course, not everyone’s thrilled that Google is giving itself so much power as a censor. Meanwhile, Recode describes Google’s expanded AdSense hate speech policy. Previously, Google had kept ads off content that threatened certain groups, and now that policy applies to issues like Holocaust denial or the exclusion of certain groups. More.

After Amazon greenlit a handful of agencies and developers for its Alexa Skills Developer program, it quietly rolled out ad restrictions. The change banned third-party advertising within Skills, Alexa’s version of apps, with the exception of streaming music, radio and prerecorded updates from broadcasters. The agency world, including WPP-owned Mindshare, is starting to respond. Until last week, brands using Alexa “enjoyed an unusual degree of openness from Amazon that does not exist across other Amazon marketing channels,” blogged Russell Goldman, director of Shop+ for Mindshare. The rules may be in response to Burger King’s Google Home stunt. “Whether or not Amazon will also tighten control over a brand’s abilities to gather data is yet to be seen,” Goldman wrote.

Don’t worry about your personal data, it’s all anonymized. Right? The Georgetown Law Technology Review points out a key nuance: “Personal data exists on a spectrum of identifiability.” The report describes four ways of anonymizing data (removing information, replacing information with pseudonyms, adding statistical noise and aggregation) and outlines the weaknesses of each method. The conclusion? The current regulatory framework around data privacy is insufficient, as it assumes anonymized data can’t be traced back to the individual(s) involved: “Once a dataset is released to the public it can never be strengthened, only ‘weakened’ by future information that may be released that could lead to that information being re-identified.” Read more.

While location-based advertising used to focus on targeting users in a physical location, there’s now enough historical context to target users based on their daily movement patterns, writes Kate Kaye for Ad Age. “People are getting beyond the simple ‘you were at Macy’s therefore I should target you because you were at Macy’s,’” said Dean Julia, CEO at location data vendor Mobiquity Technologies. Rather, vendors are gathering historical location data to understand movement patterns that lead up to a buy. Advertisers in the US don’t seem to have any qualms about violating consumer privacy, but a lack of standards around sensitive location data and location data storage may prove dangerous for the fast-growing space. More.

Instagram is growing at an insane rate. (And Instagram will be the first to tell you that.) Fears that Snapchat would drive Instagram into the ground are downright laughable now. But Facebook-owned Instagram’s tremendous growth comes from a deliberate strategy to improve its offering, co-founder Kevin Systrom told The New York Times. “This sounds trivial,” Farhad Manjoo opines, “but social networks are sometimes held hostage by their most loyal users, who tend to hate change (cough, Twitter, cough). Facebook bucked that trend; as it grew, it constantly adapted its features to become more things to more people. Mr. Systrom is following the same playbook.” More.

Local publishers benefit from ad sales consortiums [AdExchanger coverage], but the big guns are now getting in the game as well. Digiday looks into the phenomena in which huge media outlets and TV broadcasters are teaming to lure advertiser dollars away from Google and Facebook. But it’s not just about media buys: “Here, the companies argue they’re going beyond pure media buys by offering content production and data tracking capabilities.” Read more.