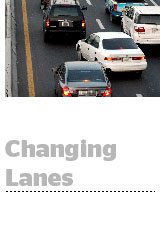 From Audit To Agent

Accenture Interactive, the consulting giant’s digital services group, now has more than 13,000 employees. The company made a push at Mobile World Congress and increasingly comes up against the holding companies, reports Digiday’s Shareen Pathak. WPP CEO Martin Sorrell and other agency stakeholders have mostly shrugged off the new competition (just last week, Sir Martin said it’s Amazon, not Accenture, that keeps him up at night), but they’ve also bitterly decried brands deploying companies like Accenture for media audits. Untarred by the transparency and trust issues that racked media agencies and their brand customers, Accenture is now making the case that it has the answers. More.

Google’s cloud business is in the strange position of not being the 400 lb. gorilla in its space – it trails both Amazon and Microsoft Azure – but that could change. On Wednesday, Google Cloud trotted out a major partnership with SAP’s HANA business developer toolkit, as well as with flagship accounts like Home Depot, Colgate-Palmolive and eBay. And speaking at the company’s Next cloud showcase event Wednesday, Google Cloud chief Diane Greene took a not-so-veiled shot at Amazon, “because of all the interest in reliability recently.”  More at Bloomberg.

OK In The UK

Digital advertising will take more than 60% of the entire UK advertising pie in 2017, according to eMarketer, while mobile alone could account for more than a third of all ad spending in the country. Both of those figures outpace digital and mobile market share in the US (though the US market is way, way bigger). The most encouraging stat for non-duopoly companies is that even while Google remains dominant and Facebook shows the strongest growth rate, the “Other” category still holds a plurality of digital dollars and is actually expected to widen its lead over Google. Not much of a silver lining, but it’ll have to do. More.