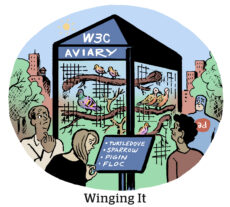 “When it’s time to unwind and watch TV, I always sit down with my two must-haves: my favorite snack and my smartphone,” Google TV product manager Hanwook Kim writes in a Google blog post on Wednesday, announcing a new iOS app that lets people use their phone as a streaming TV remote.

Anyway, the release of a Google TV app for iOS only solidifies Google’s position in connected TV. YouTube already commands more than 50% of CTV viewing hours.

Through the app, people can sync their subscriptions, FAST sign-ins, MVPD logins or whatever method they use to stream media via Google TV. Users can search for shows across multiple streaming services or let Google recommend something.

Google has a similar app it launched two years ago called “Play Movies and TV” that offers the same function for Android phones,  TechCrunch reports.

As with pretty much anything Google releases, the new product is a potential data goldmine. It’s a first-party app with visibility into aggregate and user-level data about what and where people watch.

The Movement for an Open Web, an advocacy group countering Big Tech platform policies, recently published its response to Google’s first quarterly report to the CMA, the UK’s antitrust regulator – and it’s got a few complaints.

Google is required to file status reports to the CMA as part of a legal arrangement to monitor progress with its Chrome Privacy Sandbox proposals. ING Bank was named as Google’s auditor or “monitoring trustee,” in CMA parlance.

Although ING blessed Google’s report, MOW is dissatisfied, to say the least.

MOW is also less than impressed by one area where Chrome says it has made progress: user-agent string reduction, which zeroes out device and browser information. In Google’s view, using user-agent strings is tantamount to fingerprinting. But the user-agent string is important to ad tech competitors, whereas Google can lean on first-party data that isn’t zeroed out.

Google also didn’t mention training and education, which is a part of its CMA commitments.

Paul Bannister, CafeMedia’s strategy chief, has a useful Twitter thread with his own teardown of Google’s report, including what’s wrong with the Topics API and first-party sets.

Pie In The Sky

Skydance Media has recently produced a string of the most popular Amazon and Netflix original movies, not to mention “Grace and Frankie,” Netflix’s longest-running scripted show.

Skydance has deep pockets – founder and CEO David Ellison is the son of Oracle CEO Larry Ellison, one of the world’s richest people – but the company also understands how to produce movies that win on streaming media.

“The Tomorrow War,” a Skydance film that was distributed by Amazon, was “incredibly successful on their platform,” David Ellison tells Bloomberg. “But I also feel like the support Amazon gave us, the level of marketing behind the movie, was significant.”

“The Tomorrow War” is a case study in how Amazon (with an assist from Twitch, IMDb, the Amazon homepage, Prime Video and Amazon’s own black-box box office ratings) can declare a film is a hit even if it hasn’t had much of a cultural impact.

“Top Gun: Maverick,” the blockbuster that broke Tom Cruise’s opening weekend box office record, is a Skydance film, too – although it’s in theaters first and with a pre-pandemic, three-month theatrical window to boot.

Meta COO Sheryl Sandberg will step down after 14 years. [post]

Can Paramount go it alone? (And if Paramount can’t, who else can?) [NYT]

Tim Hortons is taken to task by the Canadian privacy regulator for tracking location data when the app wasn’t open. [Reuters]

It’s time to bring back the AIM Away Message. [Wired]

Forget LinkedIn, your next job offer may come via Slack. [WSJ]