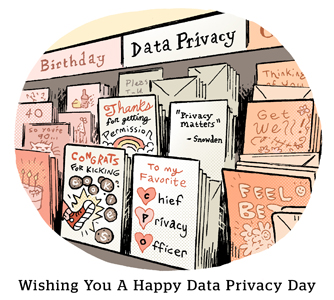 EU legislators have agreed on the structure of a sweeping new online platform competition law, the Digital Markets Act, that could upend the global product offerings of major US tech companies.

“The time of long antitrust cases is over, during which the authorities were lagging behind the Big Tech companies,” says one of the lead authors of the law.

American Big Tech isn’t singled out, but the law applies to companies with a market cap of more than 75 million euros and “gatekeeper platforms” for web users and services, Politico reports.

The DMA breaks open a Pandora’s box of difficult questions for the Silicon Valley set. For example, it’s practically unthinkable to imagine iPhones that allow “sideloading” apps via the web or third-party app stores, but Apple’s ban on the practice would be illegal under the DMA. Likewise, it would be illegal for Facebook to require new users of Messenger or Oculus VR to create a Facebook account, as is the case now. Must Google allow equivalent ad serving rights into YouTube for non-Google companies? Can Amazon consistently rank its products ahead of outside competition?

On Thursday, the streaming giant announced its next prize: Boss Fight Entertainment. The deal price was not disclosed.

Why games? Because, according to Netflix, the best user experience is ad-free content.

Packaging games into its ad-free subscription package frees Boss Fight “to focus on creating delightful game play without worrying about monetization,” according to a statement by the founders in a blog.

Sure, ad-free sounds nice, but does it work?

There must be reasons why nearly every other streaming service, including former ad-free stalwarts Disney Plus and HBO Max, gave in and went AVOD. Ads don’t just make money; they’re also a valuable retention net for customers who might drop their subscription if they had to pay more.

Refusing to embrace ads as its cohorts do means Netflix must fortify its core revenue stream in other ways. Will games work for Netflix? Well, they’ll certainly be more popular than banning password sharing. And Netflix did just raise its subscription prices earlier this year.

The FB-I See What You Did There

The FBI has been poking around the Facebook ad platform for years. There was the issue of race-based advertising for home rentals, not to mention fraudsters and corrupt politicians using the app as their personal playground to feed people misinformation.

But the FBI knows how to use Facebook’s tool itself, The Washington Post reports. The agency has been using Facebook, Google and Twitter to target and recruit Russian-speaking individuals who may be upset about Russia’s invasion of Ukraine – and who could act as potential interpreters or provide intelligence. The ads are designed to appeal to native Russians who sympathize with the country but don’t support the war.

But walk on the other side of the street, and the ads don’t appear.

Privacy Shield take … three? The EU and US agree to a deal “in principle” to create a new data-sharing pact. [CNBC]

Amazon is the biggest clothing retailer in the US. And It’s not even close. [Barron’s]