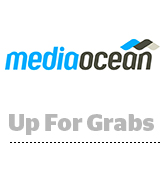 Private equity firm Vista Equity Partners has put Mediaocean on the block at more than $1.5 billion, The Wall Street Journal reports. Vista took over Mediaocean in August 2015 at a $720 million valuation, so closing above $1.5 billion would be a home run. And earlier this month Vista sold Marketo to Adobe for $4.8 billion, a $3 billion premium over the $1.8 billion it paid to take the company private two years ago. Potential Mediaocean buyers include big software companies and other private equity firms, according to the Journal. More.

Heads In The Clouds

Amazon’s ad platform is following the breadcrumb trail left by Google. Both companies are working on cloud-based advertising and analytics suites to monetize first-party data without that data leaving the platform. Just as Google has its Ads Data Hub, Amazon is working with agencies and brands on pilot programs for similar “clean room” environments where ecommerce and search history data could be purchased for targeting or measurement, Ad Age reports. But Amazon is years behind Google in terms of its ad tech stack. The self-service platform is clunky and it only this year launched a pixel for campaign tracking. But Amazon leads Google in one important way. Google has only a small slice of the cloud infrastructure market, and Amazon Web Services, the market-leading cloud infrastructure provider, “is a key component to how Amazon will meld data and marketing, according to multiple advertisers.” More.

Disney is running into internal roadblocks as its streaming subscription businesses encroach on traditional television. Broadcast sales and development executives are paid bonuses based on profits or ratings, but the direct-to-consumer teams (Disney has Hulu, ESPN+ and a Disney entertainment package set to launch next year) aren’t turning profits yet and the sensible way to compensate growth is by incentivizing new subscriptions, thus cannibalizing cable audiences, The Information reports. But juggling high-growth and legacy businesses is a fact of life now for Disney. It will stop licensing movies to Netflix next year, for instance, a revenue stream the media research firm BTIG pegs at $350 million, to improve the subscription offering of its own studio archive. More.