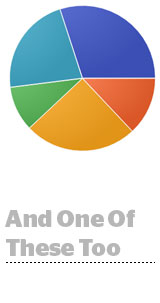 Back In The Mix

Google debuted a marketing mix modeling (MMM) partner program yesterday. It’s an easy-to-miss and important addition to Google’s measurement platform. The self-evident benefits of multitouch attribution (MTA) have failed to overcome last-click in large part because MTA fails to capture macroeconomic or offline impacts on advertising (like seasonal consumer cycles, national currency rates or offline marketing). CMOs were pushing Google for better ways “to understand how their marketing investments are driving sales and how to optimize their spend across multiple brands, channels and regions,” per a blog post from MMM product manager Mallory Fetters. Many thought digital media and real-time, data-driven thinking would supplant MMM. Think again.

WPP is feeling the pinch as flagship client Unilever rolls back ad spend. After rejecting a takeover bid from Kraft-Heinz, Unilever hopes to cut costs by producing 30% fewer ads and halving its creative agency partners. Unilever’s cuts align with a slow-growth ad market for auto and CPG brands. But Unilever accounts for 3% of WPP’s revenue, so categorywide woes are little solace. Per usual, advertising is the first slice removed from the pie. “Big advertisers are cutting their marketing spend,” said Claire Barbaret, an analyst at Invest Securities. “All of them are trying to cut their costs because we’re in a world where there’s not much growth.” More at Bloomberg.

Snap took an important step into the app-install business, a key revenue plank for rivals like Facebook and Twitter. The real change for Snapchat is that they’ll now allow goal-based bidding, which means app-install ads can be targeted to users developers know are interested in their app. Snapchat app-install campaigns performed comparably to other large platforms, says Gametime VP of growth John Hession, who beta tested the product. “App discovery is heavily influenced by social platforms, and Snap needs to be playing a large role in that space.” More at Business Insider.

Twitter’s year-long user growth plateau is dragging the company down in the market and with brands. The cheapest, easiest path to user growth goes through emerging countries with tens or hundreds of millions of smartphone users entering the market. Which explains Twitter Lite, a mobile web version with 40% less data consumption that the company is pushing in India. “We didn’t feel like we were reaching these other countries well enough, and this will allow us to do it faster, cheaper and with a better experience than we’ve had before,” Twitter product VP Keith Coleman tells Reuters.