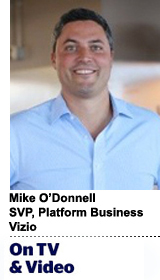 So, here we are in June. Upfront presentations would have just ended, under the usual circumstances. But business is far from usual right now. Advertisers plan on spending 33% less in this year’s upfront.

But while the iconic upfront presentation halls such as Radio City and the Beacon Theatre have sat empty, networks aren’t exactly panicking. Stay-at-home orders and a general pause of public gatherings even in states that are reopening have led Americans to watch more TV than they have in quite a while.

And just because the upfront disruption may make Q3 ad revenue look a little less rosy, there are signs that ad budgets could still start to slowly open back up just the same. They’re just going to be allocated differently, and these less-than-ideal circumstances are actually playing an integral role in shaping the future of TV.

Kickstarting the next phase of TV advertising

With a substantial portion of the $20 billion upfront budget potentially going out the window this year, the TV industry is asking itself: What do we do now? Even with the ongoing economic uncertainty, one thing we know for certain is that everyone is focused on optimization.

For networks, that means trying to get the highest CPMs possible. People will still be watching plenty of TV, even if the traditional new fall programming isn’t ready for prime time. For brands, the combination of smaller budgets and higher CPMs will mean every dollar must work as hard as it can. Brands will need to see real ROI; it won’t be enough to simply meet ratings guarantees.

Luckily, connected TV can provide brands with impressions worth paying for. When you craft a vertical content experience that caters to a specific audience – whether that’s pro basketball fanatics or cooking enthusiasts – across an OTT channel and an app, you’ve got ready-made targeting and an already-engaged, cross-platform audience.

These curated content experiences paired with addressable, which is finally reaching scalability, are not only bringing linear and CTV ad buys together, but making those higher CPMs a little more palatable. This is a big reason why both large and small networks and advertisers are relatively calm throughout this shift.

Trading in massive upfront buys for programmatic and addressable buys is empowering more advertisers to launch TV ad campaigns. This legacy platform traditionally dominated by legacy brands is seeing an influx of new advertisers, with 26% more brands advertising on TV this year than last. Many of these brands are digital natives looking for new audiences, and they are used to the precision of digital targeting and real-time, granular measurement KPIs.

When talking about going fully addressable, we have to talk about measurement and technology as it applies to both streaming television and linear. This means seamless cross-platform integrations, because the only way for these aspirations to come to fruition is by looking at TV holistically.

Most of the major TV players have recognized the need for an open-source technical standard. This is why industry powerhouses such as Disney, ESPN, ABC, NBCUniversal, CBS, Discovery, AMC Networks and Hearst Television have all joined forces under the Project OAR consortium, which released standards around the technology behind addressable earlier this year. This consortium has already developed the tools to power the entire linear addressable ecosystem, which is an essential piece of the puzzle that can then be married with streaming to provide reach while controlling frequency.

Measurement, on the other hand, still has a way to go. Those GRPs that have served as the foundation of the upfront sales process are definitely not going to cut it. And while networks like NBC have started shifting away from GRPs in favor of impression-based measurement, there still isn’t an established industrywide standard for impressions that can replace the GRP. As an industry, we need to start facilitating the entire cross-platform buy on impressions, with guarantees against the target, incremental reach and other KPIs.

While tackling measurement standards seems like a tall task, we’ve already managed to tackle the technical standards behind the delivery. It’s not going to be easy, but it has to be done. And with upfronts upended this year, now is the time to do it, with brands and networks banking on addressable to lead us into the future of cohesive, cross-platform TV buys.