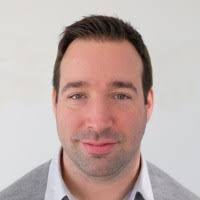 Today’s column is written by Joseph Lospalluto, US country manager at ShowHeroes Group.

It’s unusual for Netflix to be late to the party, but its latest collaboration with Microsoft is long overdue.

Following in the footsteps of rivals Hulu, HBO Max and Paramount+, the streaming giant recently announced it would launch a cheaper subscription model with Microsoft later this year, offering subscribers lower rates in exchange for ad-supported content.

With a 65% plummet in share price, it’s a no-brainer that Netflix should shore up its defenses with the technology and sales weight of Microsoft to drive up ad share. What most commentators are missing, however, is this: With studio costs for original content soaring and subscribers willing to drop subscriptions based on the attractiveness of a content library, a marriage with the owner of Xbox offers scope for diversification far beyond ad dollars.

Digital’s newest power couple now has access to a huge walled garden of first-party data. At the latest count, Xbox Game Pass has 400+ games and over 25 million subscribers, next to Netflix’s 17,000 content titles and 220 million+ paid members. Of course, nothing has been said yet about how, or if, these data sets could amalgamate.

Netflix, mostly tight-lipped on the deal, has been keen to stress strong user privacy measures. But the fact remains that both brands could, in theory, leverage a huge war chest of first-party data.

Naturally, this puts Netflix in a strong position for competitive ad share. Recent biometric research showed that CTV is the ideal environment for ad attention, with 51% of viewers’ time spent in an optimal state of attention and engagement. That’s 17% higher than linear TV.

Potential behind gaming and live sports

Even more compelling, though, is the real story of this partnership – namely, how Netflix can evolve and adapt beyond its current mainstay. The video gaming sector saw exceptional growth since the pandemic, with subscriptions for Xbox jumping over 37% in 2021 alone. With Microsoft itself rolling out new cloud and console-free options for Game Pass, Netflix could ride a wave of new opportunity at the nexus of gaming and ads that feed directly into people’s living rooms.

The same logic applies if Netflix and Microsoft were to pool their resources for a diversion into live sports, a market that is expected to surpass $87 billion in value by 2028. Microsoft’s tech stack and a library of ad-supported live and catchup sport events could be just the combination needed to revive Netflix’s flagging subscriber base.

Currently, Netflix’s mission is to stop hemorrhaging subscribers. But it can’t rely on its subscription model forever.

Once it overcomes this crisis, new revenue channels beckon – not just in ad-supported live sports content and gaming, but also within ecommerce. Netflix and Xbox already have their customers’ secure credit card details. It’s not impossible to imagine Netflix unveiling interactive shoppable ads via streamed or live TV. Netflix could even launch its own shopping channel with product recommendations surfaced according to real-time contextual insights.

With the global content streaming market soaring, the real battle here lies in securing a powerful place in people’s living rooms. As Netflix signaled in announcing its partnership, the flexibility to innovate is part of the reason why it teamed up with Microsoft. As subscriptions take a nosedive, exploring fresh revenue streams beyond film or ads alone could be a brave new dawn.