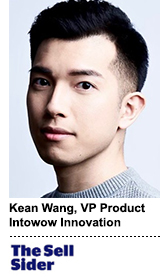 Today’s column is written by Kean Wang, VP of product and strategy at Intowow.

Google made an official announcement that, on June 5, 2022, it will add the Optimized Pricing feature to its current ad inventory pricing model, Unified Pricing Rules (UPR), for all publishers.

What does it mean? To take a step back, Unified Pricing Rules is an upgraded floor pricing feature on Google Ad Manager that lets publishers configure and unify price floors across all programmatic demand on GAM. Optimized Pricing works on top of Unified Pricing Rules and helps publishers protect the value of the inventory. In other words, it prevents buyers from purchasing it for less than what it’s worth.

With Optimized Pricing, when Google’s algorithm detects instances where the floors are set too low, it automatically increases them. This sets up a stop sign and informs buyers to stop shading their bids below certain price points. In short, Google is helping publishers increase clearing prices by working against the buy-side bid-shading algorithms.

But two questions arise. On its buy-side platforms, Google also offers to “optimize” bid prices (i.e., media costs) for buyers. Yes, a bid-shading feature. So how does Google’s Optimized Pricing bargain with its own bid-shading algorithm? And how will Google determine what value the inventory is worth when it provides services for both publishers and buyers?

So what benefits does optimized pricing bring to publishers? Let’s explore.

But now that Google has removed this “last look” advantage, only the temporary CPMs (or the highest applicable UPR floor) are included in the bid requests. This means buyers behind Google Ad Exchange and Open Bidding can only rely on the publisher floors (which are often set too low) to make bidding decisions without getting a hint of the real-time competition dynamics across all demand channels. And often, without the last look advantage, Google’s bid prices have been shaded too much and appeared less competitive.

With Optimized Pricing helping publishers increase the floor and protect the inventory’s fair value, buyers behind Google Ad Exchange and Open Bidding are also better informed on the competition and can offer higher bids that compete for the impression opportunities with other demand channels.

On the other hand, Prebid auctions currently happen before and outside of GAM, so the UPR signals aren’t propagated to Prebid bidders. Only Google Ad Exchange buyers and Open Bidding bidders are directly informed by the optimized floors.

Publishers should keep their guard up

Though Optimized Pricing works automatically, it only increases floor prices; it won’t decrease the floors when they’re set too high. So, as a publisher, it’s still very important to housekeep your UPR structure and leave enough room for Google’s Optimized Pricing to work its magic.

On top of that, Optimized Pricing is a network-level optimization feature and is not A/B testable, so the performance can only be assessed before and after. Publishers should also keep an eye on its holistic revenue impact. Once enabled, you have no control over how much higher Optimized Pricing can increase the floor on top of the existing UPRs, so there’s a potential risk of over-pricing holistically that could impact third-party programmatic revenue or more impressions getting unsold.

Google also released a new “Let Google optimize floor prices” UPR price option. This allows publishers to use Google’s machine learning algorithms to set up floor prices dynamically per bid request. This feature is still in beta and can be A/B tested, but, once enabled, Google’s proposed floors will supersede any overlapping publisher UPRs (other than advertiser-specific floors).

Come June, we’ll all get a better taste of whether Google will truly help publishers get a better share of the overall media dollars.