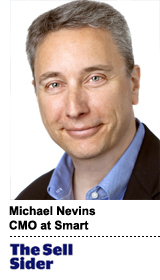 Revenue diversification, which has been marginally on the radar for many publishers, will likely play a more central role amid a range of industry challenges, including the deprecation of third-party cookies and decline of ad dollars during the coronavirus pandemic.

The New York Times is a shining example of a traditional, ad revenue-driven news brand that broadened its monetization model in recent years to also focus on subscriber growth, which has fortunately compensated as the walled gardens continue gobbling up ad budgets and the pandemic unfolds. In Q1, subscriptions accounted for 64% of its revenue, while ad sales contributed just 24%.

Some companies have taken revenue diversification even further. You could do much worse than look for inspiration from two very different brands: Complex Networks and Meredith.

Complex, the sneaker culture-based media company appealing primarily to young men, is a relative upstart compared to Meredith, one of the most established, long-standing leaders in traditional women’s service publishing. What they share is they’ve both in their own ways leveraged their premium content environments by ramping up new initiatives that make them less vulnerable in a pandemic than typical publishers that have not amortized risk meaningfully beyond ad revenue.

Their recent creative ecommerce opportunities are on-brand and on-voice. These new school “line extensions” made them less reliant on ad revenue before COVID-19 hit.

Complex, founded in 2002 as a bimonthly print magazine, has evolved over the past two decades into a multipronged purveyor of millennial and Gen Z dude culture, reaching millions on a wide range of platforms, including display, long-form video and mobile apps. Complex has a combined social following of more than 194 million users. Less than 50% of its total revenue reportedly comes from advertising.

ComplexCon, still scheduled for November at press time, is a successful marketplace event where diverse entities – including Major League Baseball, musical artists and art galleries – gather to hawk their wares and engage with fans. ComplexCon may attract as many as 65,000 attendees and contributes meaningfully to the company’s bottom line, with more than $10 million in sales of products such as hoodies and skateboards at the event. Complex also has developed in its portfolio an online food culture magazine called First We Feast and companion YouTube channel, featuring branded hot sauces that have generated millions in annual sales.

Meredith has built its own data tech platform with multiple goals, at the heart of which is to accelerate its commerce business. This platform gives Meredith the ability to share consumer behavior insights with its brand clients, particularly useful during the coronavirus pandemic.

In partnership with The Scotts Company, maker of Scotts Miracle-Gro, Meredith hatched a direct-to-consumer seasonal plant subscription product last year called Knock! Knock!, priced at $65 per season. The service was launched last year, inspired by data that revealed millennials were interested in houseplants.

Meredith has also furthered its commerce strategy with the affiliate marketing-related acquisitions of SwearBy and Linfield Media. The company’s affiliate retail sales topped $1 billion in 2019.

Meredith has also grown its top line via a robust licensing arm. Meredith is the second-most influential licensor in the world after The Walt Disney Company. Its retail sales of licensed merchandise topped $25 billion, according to License Global’s 2019 list of leading licensors. This versatility greatly mitigates the hit to ad revenue, which has caused Meredith, like many companies, to cut some employee pay during the pandemic.

Against the backdrop of the coronavirus pandemic, many publishers’ reflex might be to draw into a protective crouch. While these are unprecedented times, history has shown us that those who practice and invest in innovation during an economic contraction are poised for growth once stability returns.

We are all operating out of our normal comfort zones. While we are all doing our due diligence in terms of contingency planning and reconfiguring to help weather the current storm, it doesn’t mean that we should marginalize creativity and diversification with an eye to the future.