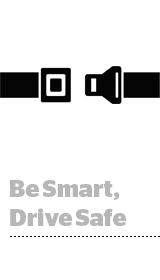 Every vendor in the supply chain takes its cut before a CPM goes to work, and that includes a fee for brand safety protection.

It’s a small price to pay, said John Montgomery, global EVP of brand safety at GroupM, running somewhere between two and 10 cents per thousand impressions for brand safety protection when it’s bundled in with viewability and anti-fraud measures from the same provider.

“Brands are often prepared to pay almost anything to avoid a reputational risk,” said Montgomery. “There’s no 100% guarantee, but brands, especially the venerable ones, are more than willing to spend money to ensure that they’re safe.”

But the brand safety line item on the budget is more than just the check a brand or agency writes to its third-party verification vendor. And that’s often glossed over, said Scott Hagedorn, CEO of Omnicom’s Hearts & Science.

“Verification fees are probably the smallest ones in the waterfall, not more than a few pennies per CPM,” Hagedorn said. “The significant cost is associated with the inventory.”

Compare the cost of an environment full of user-generated video with a more premium publisher placement, he said. The premium environment will probably cost twice as much.

“Digital inventory that’s brand safe is generally of higher quality,” Hagedorn said. “A lot of advertisers are starting to wake up to the fact that in digital, context really matters.”

Which is why only measuring return based on the raw CPM is shortsighted, Montgomery said.

“Within the face value of a CPM is an undisclosed amount of nonviewable inventory, invalid traffic and the potential for real reputational risk if you appear near or adjacent to inappropriate content,” he said. “If you don’t guard against that, it can end up being extremely expensive for a brand.”

Not every tech tax levied on the CPM is “on the same level,” said Maria Pousa, CMO of Integral Ad Science.

Retargeting providers, data providers, rich-media providers, the ad server, the agency, the ad exchange and the ad network are all haunting the supply chain looking for their sliver of the pie, and marketers have become pretty savvy at adding up and managing the fees to calculate ROI.

But neglecting to optimize for quality, whether that’s booting fraud, boosting viewability or defending against potential brand safety snafus, will only mess up the ROI calculation.

“If you’re not protecting your media, the cost per conversion or the cost per user is going to be higher,” Pousa said. “Rather than a tech tax, it’s technology to create effectiveness with media buys.”

Is It Worth It?

It’s possible to quantify the impact of decreasing fraud or increasing viewability, both of which have a measurable financial upside. Less so with brand safety.

For example, advertisers that don’t filter for fraud see invalid traffic rates as high as 22%, according to Integral Ad Science. If an advertiser is spending $1 million on paid media for a campaign, that means as much as $220,000 is going right into the pocket of a bot operator. But if the campaign is optimized against fraud, it’s possible to get the IVT number below 2%.

“Reputation management has a cost, but fraud and viewability have a direct impact on a campaign’s success and whether it’s effective in terms of price and from a media perspective in terms of reaching consumers,” Pousa said.

If brand safety protection mechanisms work, however, the benefit a brand derives is often invisible. The point of shelling out for brand safety is to forestall a problem before it happens.

“We have evidence that the costs we incur, the tax, if you will, is well worthwhile if we measure the right thing,” Montgomery said. “That’s been proven true for things like viewability and invalid traffic. But it’s also important to acknowledge that there’s a quality component to measurement.”

But even brands with a high tolerance for risk wouldn’t buy a car without brakes.

“You can have add-ons and all the bells and whistles in a media buy, but you’d better have the basics,” said Mike Zaneis, CEO and president of the Trustworthy Accountability Group. “Brand safety needs to become table stakes for doing business.”

Who Should Pay For It?

Different parties can write the check depending on how the deal is being structured, Pousa said.

In some cases, the agency eats the cost of brand safety. In others, the brand itself maintains direct relationships with verification vendors. Sometimes, a brand might even demand that its publisher partners pay for the safeguards.

At GroupM, the client pays for brand safety. Although some clients own the relationship with the vendor or vendors directly, nine times out of 10 the media agency handles it and the cost is a straight pass-through to the client without any markup.

Omnicom Media Group, on the other hand, subsidizes brand safety for all programmatic buys at the holding company level through a relationship with Integral Ad Science, although some clients, including the brands working with Hearts & Science, contract directly with Moat or DoubleVerify.

In the end, it doesn’t matter who shells out as long as the brand is protected based on its particular tolerance for risk.

“Whether the cost is rolled into the agency fee or not, whether the agency carries the cost – that is something to be decided between the brand and the agency,” Hagedorn said. “Regardless, brand safety and quality is the foundation. It has to be.”