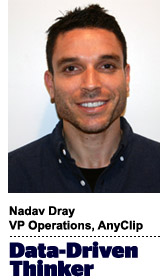 As of Aug. 5, Google’s Chrome browser will begin blocking traffic from sites that are not compliant with the latest standards from the Coalition for Better Ads (CBA), the industry group (of which Google is a founding member) whose mission is to make an ad-supported internet less annoying.

Publishers should have little trouble shifting to compliant strategies with pre-roll and oversized video, but are rightfully concerned about the future of mid-roll. They worry that abandoning the format will crush the value of video inventory and drag revenue – already suffering from COVID-19-driven declines – even further down.

The good news is there are alternatives for coping with a mid-roll-less future. Admittedly, no single choice is without potential consequences, so I encourage publishers to employ a holistic strategy and embrace variety in the types and lengths of content they share as well as the player experiences they offer.

Ultimately, the short-term declines will give way to greater value in the long run.

If publishers are unable to put ads in the middle of editorial content, simply create more inventory for pre- and post-roll.

Increasing the quantity of clips and monetizing the beginning and/or end will up the number of unique content plays per session.

The biggest risk to this strategy is the possibility that audiences may not want to watch a bunch of short-form videos (with pre- and/or post-roll for each) instead of a long one. If that is the case, the publisher will have lower engagement rates and shorter session durations, which impact inventory value.

Additionally, by limiting editorial content length, publishers will only ever be able to traffic shorter format ad creatives (e.g., a 15-second ad in front of a 30-second video) in order to remain compliant.

Finally, by flooding pre- and post-roll into the market, publishers may end up diluting their CPMs, causing longer-term revenue damage.

Or, just make your videos longer

Since the CBA standards apply only to videos that are shorter than eight minutes, publishers who want to continue using ad formats that are not in compliance with the BAS can simply make all of their videos longer than 8 minutes.

While strategically nearly the opposite of the short-form fix, this approach has very similar risks. Audiences who lack the patience for long-form content may look elsewhere, driving traffic down, or they may simply quit before the video is over, making completion rates nosedive. Another problem that could come into play when going long is CPM attrition.

But should these rules be broken?

Publishers who skirt the rules rather than abide by them are, at the same time, ignoring the very point of these standards – to make ads less annoying. By choosing to avoid the need for compliance, they’re basically acknowledging that they don’t care about the user experience. And just because the standards only apply to short form now, that doesn’t mean additional guidelines for long form won’t follow in the near future.

While the loss of mid-roll is a decrease in supply, as long as there is demand, that reduction should result in price increases. To determine whether this model holds true at this time, publishers can A/B test different price points to gauge the current value thresholds of their inventory. Those publishers that are first to introduce higher floors are likely to be the least hurt by the upcoming change.

Losing the ability to monetize mid-roll will disrupt some publishers, but the risks of noncompliance are even greater. Chrome’s market share as of June 2020 exceeded 65%. And it’s not just the offending ads that will be blocked. It will be the entire website. And if Google blocks your site, it may take awhile to earn reinstatement.

Change is never easy, but it opens the door to new opportunities. In this case, the disruption of the status quo makes it a great time for publishers to take a long and hard look at their user experience so they can improve it – while also gaining leverage over the supply and demand aspects of the market.

More information about the Coalition for Better Ads and their standards for Short Form Video Experiences is available at www.betterads.org.