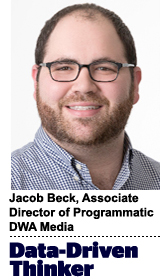 Google announced in March that it will finally migrate Google Ad Manager – formerly AdX – to a first-price auction model. Ad Manager was one of the final holdouts still using the second-price model, and this move, for better or worse, will bring consistency to the marketplace.

Under the traditional second-price model, Ad Manager was increasingly at odds with the marketplace, creating a significant hurdle for optimization of bid strategies by advertisers. However, for some advertisers, the cons of this system may outweigh the pros.

Talking with colleagues and peers, I hear relief, trepidation and disappointment. It’s important for advertisers to understand where they may fall on that spectrum so as to not be caught unprepared when the changes roll out.

The long-term effect of this change may actually help advertisers save money, or at least prioritize their audience targeting more effectively. A major reason Google is making this shift is to increase harmony and transparency within the exchange ecosystem.

This is a major issue for the advertiser working with the second-price SSP: They valued that impression at twice the value but still lost out to the $2 bidder. Ultimately, though they would have won that impression at $1.01 under a universal second-price system, many advertisers will likely be relieved to no longer risk being undercut by lower bidders due to asymmetrical systems.

It will take some time for the result of Google’s decision to shake out. Advertisers will likely go through a period of tumult as they readjust their bid strategies. Many buyers will not have their ideal bids set upon the switch. We will see an era of overbidding, underbidding and adjusting based on the data buyers see. This should result in a net increase in CPMs and a decrease in impressions.

Novice buyers might bid using round, even or common numbers for inventory, like using 0s and 5s, such as $3.50 or $4.00. With first-price auction models, it’s smart to extract value in fixed bids by bidding two to three cents higher. A $3.52 CPM bid on a something you value at $3.50 could have a positive impact on win rate especially right now.

When the dust settles, advertisers should have a much better idea of what their audiences truly cost to reach and will no longer have to worry about the complicated workarounds of header bidding, bid shading, bid floor manipulation and other tactics used by SSPs to eke out winning bids against each other.

Bid shading won’t go away. It will remain a great tool. Bid shading is available as part of many algorithms automatically applied in the DSPs. Very few DSPs allow you to toggle it on and off. Advanced agencies and buyers will lean on bid-shading techniques in the short term to prevent overbidding and aid in finding the true value of impressions. In the long term, buyers should be able to determine their optimal bids without relying as much on bid shading.

If you’re not sure how this change will affect your brand or agency, consult with your programmatic teams and partners on what adjustments need to be made to account for these changes. For example, do not set retargeting budgets extremely high anymore as you might end up actually paying that cost.

If you’re not sure how this change will affect your brand or agency, explore the exchanges and bidding models being used in your programmatic budgets. You won’t want to be caught blindsided when the time comes.