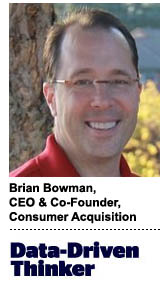 Apple’s new IDFA policy will have a profound impact, including killing the way in which most mobile app companies A/B test creative for iOS on Facebook, Google and TikTok.

It’s an even bigger problem than it sounds like on the surface.

Creative has become the single most powerful lever that mobile app advertisers have to optimize performance. There are several reasons for that, including the loss of deterministic attribution, the limited tracking capabilities on offer from Apple’s SKAdNetwork and the rise of automated media buying algorithms, including Facebook’s Automated App Ads and Google’s App Campaigns.

How it works now

Once approved, the creative is uploaded into a platform’s iOS ad account media library, such as the ones maintained by Google and Facebook. Currently, the granular controls, ease and detailed asset-level reporting available on Facebook make it our preferred A/B testing platform.

From there the user acquisition team conducts A/B testing against an audience using a simple image/video format. We, for example, leverage deterministic tracking and one-to-one asset-level reporting to understand the lifecycle of creative from installs per million (IPM) to return on ad spend (ROAS) across the learning phase to the eventual optimized phase in an iOS account.

A/B test reporting uses deterministic targeting coupled with client-provided revenue targets that often come from a mobile measurement partner (MMP), such as AppsFlyer, Adjust, Singular or Kochava. The success or failure of a creative test can be based on ROAS or the cost-effective early IPM signal. There are, of course, different strategies for apps that monetize with advertising and apps that monetize with in-app purchases.

How it’s going to work soon

For those who are using Facebook’s AAA and/or Google App Campaigns, creative testing and creative strategy will likely be impacted in several ways. For dynamic creative optimization within Automated App Ads and App Campaigns, for example, third-party ad tech currently shows A/B test results for a single media or ad set. For asset-level reporting data tied to dynamic creative, however, Facebook (XML feed spec), Google (XML feed spec) and TikTok (XML feed spec) have all published solutions in an attempt to:

As currently laid out in the various platform specs, MMP data cannot be married to asset feeds. This should be a concern to companies that leverage their reporting to make creative decisions. To help advertisers identify creative fatigue, Google has said it will introduce asset performance labels (best/good/poor).

Unfortunately, due to the limitations of SKAdNetwork, most major platforms (see: Facebook, Google, Tik Tok, Snap) will have limited account configurations within one account and only be able to support between nine and eleven campaigns with around five ad sets per campaign.

It will therefore be difficult to justify burning many of those slots for creative testing. With limited testing slots, and more opaque creative-level reporting, the demand for creative will quickly shift creative strategy from small changes to completely new concepts, which could take far longer to conceive and execute. Although new concepts have a higher potential for success, they have a correspondingly large risk of failure, which is typically somewhere between 85% and 95%. Meeting the demands for fresh creative concepts will strain internal creative teams.

There are two opportunities for mobile app advertisers to grapple with this new reality.

First, technology can assist with asset feed management. Facebook and Google’s respective moves to automated, self-optimizing campaigns has shifted the responsibility for making significant creative analytic improvements to ad tech. The platforms’ algorithms will strive to apply the right assets to the right targeting combos dynamically, which means that it may not be readily apparent how creative should be modified to improve performance – or which creative is driving results or performing the best.

It may also not be clear how to develop automation to assist the user acquisition manager with optimization. This presents an opportunity to identify creative fatigue as a prompt for a creative refresh.

Technology can also automate and simplify the testing and deployment of new creative across platforms. The simplification of campaigns will make it easier to automate audience building and review and will reduce complications related to building and maintaining advertising accounts. Simpler targeting formats, such as country and language, allow advertisers to “broadcast” new creative across platforms without a UA manager’s manual intervention.

This should speed up the testing cycle and eliminate human error, but it should be noted also introduces uncertainty about which creative is truly driving the best results in a campaign and/or ad set. By focusing only on country and language buckets, UA managers can zero in more on asset-level deployment and management. New technology can facilitate cross-network creative testing and asset-level reporting and can detect winners early across various platforms, including social networks and SDK networks. This will ensure that each creative is easily uploaded, tested and reported on across all platforms.

What does all this mean? In a nutshell, restricted access to the IDFA will make a creative-first strategy even more important than it was before.