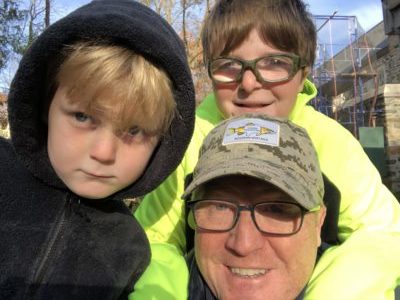 Mediaocean CRO Ramsey McGrory has seen some turbulent times, from serving in an Army combat hospital during the Persian Gulf War, to working as an executive at Right Media during the 2008 recession.

He knows how to operate through chaos.

“I tend to get very focused and even more productive because I’m so focused,” he says in today’s episode.

Ramsey also digs into how the economic volatility has affected advertisers and their willingness to invest. Over the last couple of weeks, he says Mediaocean has seen an unprecedented amount of activity through its ad trafficking and buying systems, as advertisers make creative changes and move budget around.

“For us, fortunately, we’ll come out the other side in a very strong position,” he says.

Although some marketers are pulling back on their upper funnel messaging, Ramsey says established brands that invest in advertising now will emerge from the economic downturn for the better. But, still, local advertising dollars are taking a big hit, which will affect Amazon, Google and Facebook – giants that made a great business out of enticing investment from millions of local little guys.

Also in this episode: What’s going to happen to all those DTC startups? And should you run with a mask on?