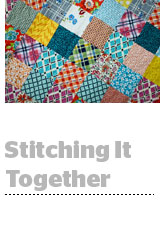 While some publishers have the tech expertise to build products and replace ad tech vendors, they don’t have the bandwidth to continually update and monitor those products. When publishers decide to build something, it’s usually because it’s a product they use heavily that brings in a lot of revenue. “Could we make our own server? Hell yeah, we could,” said a rep from one comScore 250 publisher. “But it’s a volatile business that I don’t want to be a part of. I’ll leave ad serving to Google.” For most pubs, it’s just easier to have vendors on hand for a quick fix and suffer the revenue consequences. More at Digiday.

The programmatic supply chain in China is “masking a long-running kickback or rebate scheme,” says Ivan Zhou, Sociomantics Labs managing director for China, in a Q&A with Campaign. He blames the state of affairs – with the vast majority of programmatic media budgets not going to media at all – primarily on advertisers for failing to audit their buys. Without trade groups or union protections, Chinese brands are “easily hoodwinked.” It’s an old story in a new setting. And it falls to brands to tell media intermediaries that “If you used to rely on rebates, rely on guanxi [a Chinese term for influential personal connections], rely on things that are not right, you do not add value and you will be pushed out.” More.

Rep. Marsha Blackburn (R-Tenn.) is sponsoring the ''Balancing the Rights of Web Surfers Equally and Responsibly Act,” or the BROWSER Act. If passed, the law would require ISPs, social platforms, digital publishers and app developers to receive opt-in consent from consumers to use or disclose their browsing history, app usage and precise geolocation. “Such data is the lifeblood of digital ad audience targeting and has historically been treated as nonsensitive data by the digital media and advertising industries,” writes Kate Kaye for Ad Age. Users will be provided an opt-out for nonsensitive data. More.

Facebook is testing new tools for local news publishers, like adding a “local” badge to commenters from the pub’s media zone or connecting users in community-linked groups with local news sources. “Publishers we’ve heard from are encouraged to see us testing product ideas specific to local news distribution – and understand this is just the beginning of our work,” a Facebook spokesperson tells Poynter. This isn’t really the beginning of Facebook’s work, though. Facebook and Google have devoured a huge chunk of the ad pie that local papers in particular relied upon [AdExchanger coverage]. Facebook has also taken out a string of newspaper ads in the UK, France and Germany addressing its fake news controversy (a strategy that could return more to local media than the platform features).