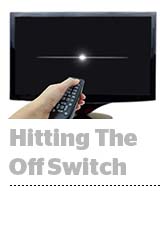 Facebook is removing connected TV inventory from Audience Network, after a brief test. Facebook made the change without alerting publishers, who wondered why the platform was no longer filling inventory for OTT apps. Facebook had trouble gathering OTT inventory in an environment controlled by walled gardens like Roku, which has a growing ad sales business and doesn’t want Facebook monetizing its inventory, Digiday reports. “Roku has been going gangbusters with their advertising product for the last 6-12 months, and that’s a major part of their revenue stream,” said Forrester analyst Jim Nail. “They’re going to defend that and keep that for themselves.” Facebook also struggled to convince advertisers to pay a premium for its TV inventory. Many advertisers weren’t even aware that Facebook was selling connected TV. More.

Snap has been subpoenaed by the DOJ and SEC for allegedly misleading investors prior to its IPO in March 2017. According to Reuters, the government is likely basing its inquiry on a class-action lawsuit in which investors claim Snap purposely soft pedaled how much competition from Instagram had affected the company’s growth. Snap did mention in its S-1 that Instagram Stories “largely mimics our Stories feature and may be directly competitive,” although a more accurate statement would have been something like: “Facebook is trying to kill us in our cradle.” The complaint also alleges that Snap failed to disclose a sealed lawsuit before its IPO in which an ex-employee said the company misreported certain user metrics, including DAUs. Since Snap went public at a $3.4 billion valuation, its stock price has tumbled from a high of $17 to under $7 on Wednesday. (Flashback: Remember when Facebook was being scrutinized by the government after its 2012 IPO for misleading investors? The SEC dropped its probe against Facebook in 2014.)

To paraphrase the late Stan Lee: “With great scale, there must also come great responsibility.” But for the largest social platforms, meeting that responsibility isn’t going to be easy, according to Instagram co-founder Kevin Systrom, who recently left the company after six years reporting to Mark Zuckerberg. Election interference is one example. Others include misuse of tech to doctor photos and videos. Speaking at The Wall Street Journal’s Tech D.Live conference, Systrom said, “You start to realize … how important it’s going to be for the future of the world that we police these things well, we take it very seriously and put real resources against solving the problems,” Systrom said. “The reach is so tremendous that it’s almost like the laws of physics no longer apply. Now that we’re at this scale, what are the implications?” More.

Twitter faces skepticism from investors and advertisers because its monthly audience far outstrips its daily active users (DAUs) and because its DAUs are growing slowly, giving the impression that Twitter has an unenthused following. So why disclose the metric at all, Cheddar CEO Jon Steinberg asked Ned Segal, Twitter’s financial chief. If Apple can stop disclosing unit sales, why should Twitter release numbers that detract from its ad revenue growth story? “Both the numbers are useful in different ways,” Segal said. Monthly active users (MAUs) are an upper-funnel metric encompassing people who see tweets in search results or shared in text messages. It may seem like an unflattering data point, but Segal said Twitter’s high MAU count is a years-long opportunity. “Growing the base of people on the platform is the lifeblood of the company and that will continue to be the focus as we invest to drive growth.” More.