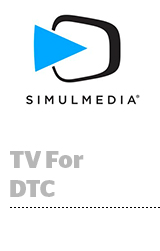 Simulmedia released an ad marketplace called D2Cx.com designed specifically for startup online consumer brands to buy linear TV spots. The broadcast partners include Fuse, Hallmark, Discovery/Scripps and A&E Networks. Many direct-to-consumer brands got off to quick starts by outspending incumbents on search and hyper-targeting audiences on social. “But that type of advertising, while good for reaching individual prospects and easy to measure, is bad if you want to scale your business,” Axios reports. Mature D2C brands like Bonobos, Peloton Yeti and Everlane have already boosted TV investments to reach new audiences. More.

Facebook is moving funds away from short, unscripted programming in its Watch section and moving them into long-form video by creators with big followings. When Facebook launched Watch in August 2017, it wooed publishers such as Refinery29, Insider Inc. and Hearst to the platform by subsidizing their initial programming. But a year on and Facebook has learned that these shows aren’t reaching a large enough audience to justify further investments. Ricky Van Veen, Facebook’s head of global creative strategy, calls them “Shows for nobody.” Without Facebook’s backing, it could be difficult for publishers to put energy and resources into high-quality production on Watch. “They are never going to say no, they always want to see and hear the pitch,” a publisher told Digiday, “but there’s no clear answer on what they’re going to be doing next year.” More.

Data marketplaces and DSPs may soon have stronger data transparency features if a group of ad tech trades can put a data evaluation system in place. A coalition that includes the ANA, the IAB Tech Lab, the Council for Interactive Media Measurement (CIMM) and the Advertising Research Foundation is working on the challenge. For instance, a segment of pet owners or car intenders might be surveyed and compared to nationally representative samples as a way to vet data providers. That’s tough to scale, so it might have to be an honor system with bad actors exposed to potential complaints, CIMM’s CEO, Jane Clarke, tells eMarketer. But shouldn’t people be suspicious when they see the words “ad tech” and “honor system” so close together? Yep. “Everyone should be [skeptical],” Clarke says. “If the customers are finding problems with the data – and ask the companies to validate it and discover that it’s not a good list – that will ruin [the data firms’] reputation. I think it may be considered a first step to get them to be transparent.” More.