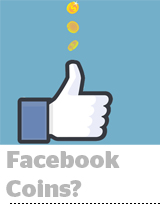 The Flip Of A Stablecoin

Facebook is developing a less volatile type of cryptocurrency called a stablecoin, that would be backed by consumer credit, payments and ecommerce companies. Users would spend stablecoins on products or peer-to-peer payments. Facebook would benefit because it could connect impressions and users to transactions, and it could create new monetization features. For instance, users could accrue fractions of a coin by interacting with an ad. But there are major hurdles. Facebook needs $1 billion in backing to get the stablecoin off the ground, and it needs that buy-in from companies like Visa and Mastercard to convert Facebook currency into actual money. Those financial services will get access to Facebook’s daily users, but Facebook has also promised merchants and ecommerce companies that they’ll cut out credit processing fees. More.

The Federal Trade Commission is split along party lines over a deal to settle its Facebook data privacy investigation, with the five commissioners disagreeing on the size and scope of the penalty and whether CEO Mark Zuckerberg should be held personally liable. “This is a hugely important decision because it will be watched by all these big companies to see if there is actually going to be a new day on the enforcement front,” says Sen. Ron Wyden, an Oregon Democrat. FTC Chairman Joseph Simons has a majority with the two other Republican commissioners, so the settlement is essentially done. The other commissioners considered fining Facebook as much as $7 billion and making Zuckerberg liable as part of the deal, The New York Times reports. The partisan split could make the decision a hot spot for political campaigns. The stakes are high, with the world looking at the FTC’s decision as a bellwether for how US regulators will cover new media and technology companies. More.

A Fly On The Paywall

It’s a little over a year since Wired introduced a paywall. And it worked! Mostly. The number of digital subscribers increased 300% year over year, writes Editor-in-Chief Nicholas Thompson. “The early signs are good, particularly for a year in which the bottom fell out from some traffic referrers that used to drive subscribers (hello, Facebook) and the greatest growth was on a platform (hello, Apple News) where getting direct subscribers in 2018 was as easy as hitting a bank shot three-pointer, and getting subscribers in 2019 will now essentially require a half-court heave.” Twitter traffic is twice as likely to subscribe as Facebook, and more than three times likelier to subscribe than Google search inbounds. But the best traffic comes from newsletters (*wink*), where the average reader is six times likelier to subscribe than from Twitter links. More.