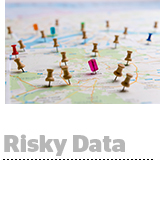 The Dark Side Of Location Data

It can be surprisingly easy for a marketer to step from aggregated, anonymous data to identifying and tracking individual people, The New York Times shows in a big feature on location data. Using an unspecified data set consisting of location data gathered through apps, the newspaper’s reporters were able to identify mobile users by name and get in touch with them. The reactions of these “de-anonymized” people are unsurprising: “very scary,” “disturbing” and so on. The article does highlight some smart, responsible approaches to obscuring location data that may expose an app user’s identity. The location data company Factual, for instance, says it doesn’t collect home addresses. Another scrambles data around home locations to obscure individuals. But these solutions are far from widespread. “Some companies say they delete the location data after using it to serve ads, some use it for ads and pass it along to data aggregation companies, and others keep the information for years.” More.

Uber, But For Ads

Uber has its sights set on ad revenue ahead of its long-awaited IPO. The ride-sharing app previewed one way it’s experimenting with ads in India by offering enhanced visibility for restaurants with discounts on Uber Eats. Uber sees other ways to bundle advertising into its services, like offering discounts to people who pick up food orders while riding in an Uber. Eventually, Uber could use its reams of data on riders to create an ad marketplace where restaurants compete to reach the right audience. “[Restaurants are] going to be spending those ad dollars somewhere,” Stephen Chau, senior director and head of Uber Eats, told TechCrunch. But Uber will have to demonstrate that it can exert leverage over consumers’ food choices before advertisers pay up. More.

One lingering question after AppNexus’ acquisition by AT&T is whether the deal changes the ad tech company’s relationship with Microsoft, a key partner (and early investor) that helped AppNexus cement its leadership in the SSP category. But AppNexus seems confident that nothing has changed under Xandr, with senior regional director Tae Kyu Kim telling The Drum that Microsoft is pressing ahead on some fee transparency work with AppNexus. More. The Microsoft account hasn’t been easy street for AppNexus. AOL and Microsoft signed a splashy deal in 2015 where AOL took on most of Microsoft’s display ad business and 1,000 ad sales employees and Bing became AOL’s default search service. Will Xandr’s product-first relationship with Microsoft prove more durable than Verizon Media Group’s sales partnership?

The Side Of The Angels

There’s a growing trend of marketing execs moonlighting as startup investors. “Marketers are beginning to realize their own power in business, using art and science to win,” said Ross Martin, a former Viacom exec who started a venture fund, Lunch Partners, to connect founders with brand marketers. Direct-to-consumer startups have pushed the trend even further, Jason Stein, founder and former CEO of the agency Laundry Service, now a venture investor, tells The Wall Street Journal. “They all needed a lot of help in scaling their businesses and weren’t going to go out and hire big traditional agencies.” More.