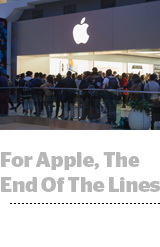 GTB, WPP’s dedicated agency for automaker Ford, will be one of the operating companies to take a hit as part of the company layoffs announced Tuesday. The shop, which lost the creative business of its flagship client to BBDO and Wieden+Kennedy in October, will lay off 2% of its workforce, Ad Age reports. GTB retained media planning and buying, PR and ad ops duties for Ford. “As the support model is evolving, some reductions to staffing will occur,” GTB said in a statement. It’s unclear where other layoffs will occur across WPP, which plans to shed 2.5% of its workforce, but they won’t be limited to the two mergers just completed between VML-Y&R and Wunderman-J. Walter Thompson, respectively, a WPP spokesperson told AdExchanger. More.

Facebook announced that 400 million people tune in to its would-be YouTube competitor Watch per month, and 75 million do so daily. Visitors spend more than 20 minutes every day with the platform. As engagement increases, Facebook is rolling out ad breaks in Watch to 40 countries and expanding its In-Stream Preserve product, which curates the inventory for major brands looking for higher-value Watch programming partners. Read the blog post. According to TechCrunch, however, ad revenue from Watch has been “underwhelming,” and just 5% of Facebook’s global user base uses the product. More.

Apple is offering a holiday discount to Apple Music subscribers on its HomePod smart speaker. It’s a sensible arrangement since an audio subscription supports the core value of a smart speaker and helps the voice AI to gain traction; Google and Amazon have taken the same approach with their own streaming music services and via giveaways with partners like Spotify. But the HomePod promo, spotted by MacRumors, is an unusual move for Apple, which notoriously forgoes promotional deals and marketing partnerships that offer its hardware at a discount. Apple also recently nudged open the marketing floodgates with buyback deals and price discounts to goose sales of its newest iPhones, according to Bloomberg. And it isn’t just Apple’s own marketing: The company quietly ramped up App Store ad revenue and has flirted with a contextual ad-targeting network. AdExchanger has more on that. Apple has cracked down on tracking and advertising on its Safari browser (where Apple doesn’t share in the gains), but it’s increased the utility of its in-app identifier so developers can drive revenue more effectively in apps, where Apple gets a 30% cut of subscriptions and transactions.