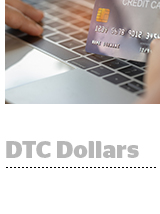 NBCUniversal is gunning for direct-to-consumer dollars. Beginning next year, the broadcaster will add a roster of DTC brands with the agency Giant Spoon. “As these brands mature, they need to scale – and they are acknowledging to get that reach, there’s one place they need to go,” Linda Yaccarino, NBCU’s chairman of ad sales and client partnerships, tells Ad Age. Many DTC ecommerce startups have been built around online video campaigns, so they’re natural early adopters of data-driven TV. “There’s no better way to build immediate scale and build your brand than with premium video versus the limitations of performance-based advertising,” Yaccarino said. More. Hear more about the changing landscape for DTC companies on this week’s episode of the AdExchanger podcast. The Big Story.

Consultancies want to be more like agencies, and agencies want to be more consultative. Maybe they should all just merge together? In that spirit, Publicis Groupe CEO Arthur Sadoun predicts a “wave” of mergers, as the two sectors link arms against the giant tech platforms. Sadoun wouldn’t predict when it would happen, according to Reuters’ report from the Morgan Stanley TMT Conference in Barcelona, just that there will be “a big move at some point,” which will transform the market. Reuters notes that Publicis.Sapient already partnered with Capgemini last year to win a McDonald’s engagement. More.

The New York Times dug deep Wednesday to unearth the extent of Mark Zuckerberg’s and Sheryl Sandberg’s mismanagement of Facebook’s fake news problem. On Thursday, Facebook fired back, detailing “a number of inaccuracies” in the Times’ story. “The story asserts that we knew about Russian activity as early as the spring of 2016 but were slow to investigate it at every turn. This is not true,” the company states in a blog post. Facebook also asserts that both Zuckerberg and Sandberg were committed in their fight against fake news and misinformation that proliferated on Facebook. More.