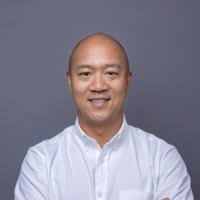 Cloud gaming is not new. But so far, there are few true success stories. Cloud gaming subscriptions to services like Google’s Stadia have been lackluster. Sign-ups fell short of Google’s 2020 end-of-year goal of 1 million monthly active users by approximately 25%. This is, at least in part, due to its lack of investment in first-party games.

To thrive, subscription-based gaming businesses need other means of monetization. The F2P business model is a viable alternative, simply because it opens up many other opportunities for revenue besides in-app purchases. And there are other advantages, as well.

For example, with an F2P cloud-gaming strategy, Microsoft gets access to a vast pool of new users. Many of them would not have previously considered paid subscriptions or have had the device space required to download multiple apps. Microsoft’s recent collaboration with Epic Games’ Fortnite is a testament to this.

Console brands like Sony are in desperate need of this strategy. For them, growth is essential. They need to use their first-party content to tap into advertising dollars.

A model for overcoming obstacles

Despite the opportunity, the problem consoles face is similar to what mobile met a decade ago. F2P introduced ads, which game developers were initially against. Over time, however, advertising formats grew to be more interactive and less intrusive. Value exchange advertising such as rewarded video has been extremely successful. It improves retention and session length in games.

Console game developers will need to identify ad integrations that are equally beneficial to gameplay. It’s essential to understand what users value to excel at the game and what keeps them engaged.

The most obvious ad format for many console games would be in-game brand ads in the form of billboards or in-stadium ads, like in FIFA and Madden. Performance advertisers, though, will likely want something incentivized.

Interactive ads such as playable ads have also proven to be extremely successful formats that encourage engagement. Playable ads might also lend themselves well to an environment where creation is valued by the community. The game-within-a-game approach is already gaining traction with brands such as Coca-Cola. The brand recently debuted its Pixel Point experience in Fortnite, which included mini games to promote limited-edition Coke flavors.

As console gaming evolves, mobile provides a worthy model. There, advertisers have already solved challenges around attribution, formatting, targeting and integration. And the fundamentals are the same. Gaining access to new, previously unavailable users will undoubtedly lead to a more mature advertising environment – one that’s not siloed by device type.