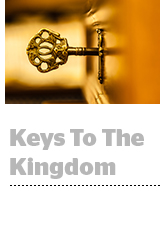 There’s plenty of pressure on Brian Lesser to build advertising into a pillar of AT&T’s business and marry the wireless company’s customer data to the new WarnerMedia content assets. “But probably more than anything, I feel this sense of responsibility to the advertising community,” Lesser tells Jeanine Poggi of Ad Age. One reason for optimism is that AT&T’s “AdCo,” the interim name that’s been used to brand the advertising and analytics group, seems to have stronger buy-in from AT&T brass than previous telco-media-advertising ventures, like Comcast’s NBCUniversal acquisition or Oath by Verizon. “I felt pretty optimistic that, assuming the politics doesn’t stand in his way – you can’t underestimate that – there’s a good chance of him making something happen,” said David Cohen, Magna’s president for North America, following AT&T’s TV upfronts pitch. “It feels like AT&T’s CEO is giving him keys to the kingdom.” More.

Should the EU’s “right to be forgotten” extend beyond its legislative borders? Google is appealing a 2015 order by the French data protection authority, CNIL, arguing that it should. CNIL fined Google roughly $116,000 for failing to comply with the order, but Google is arguing that allowing people to remove their names from search results could lend dictators too much control over censorship. It’s not the first ethical debate that tech platforms and governments have had over censorship of the borderless internet, The Wall Street Journal reports. “It’s a clash between the way data is managed and moved around, which doesn’t respect borders, and efforts by territorial governments to impose their norms and rules,” says American University law professor Jennifer Daskal. More.