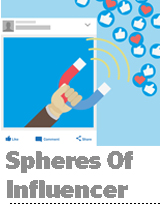 Instagram is allowing brands to promote organic content created by influencers as ads in its feed. “One of the biggest requests from brands to date is the ability to incorporate branded content posts into their advertising strategies,” Instagram said in a blog post. Read it. Brands can leverage Instagram’s targeting tools to reach users both within and outside of influencer follower bases. Old Navy is testing the product and is seeing “significantly higher engagement rates” from leveraging influencers’ authenticity and relationship with their followers, said VP of brand communications Liat Weingarten. The move could help Instagram appeal to bigger brands, Evan Asano, CEO of influencer marketing agency Mediakix, told The New York Times. “It’s possible,” he said, “that change signals that Instagram isn’t monetizing ads in a way that Facebook wants it to.” More.

The Economist is launching a YouTube series backed by the Google News Initiative. The show, called “The Truth About …,” will produce 10-minute episodes on topics covered by the magazine’s journalists. The idea is to increase reach and subscriptions on YouTube, where The Economist has 90,000 subscribers, as well as traffic back to its website, Digiday reports. The publisher is testing different creative formats and calls to action to drive subscriptions, and is leveraging YouTube comments as a way to maintain engagement rates with users. “These are open questions: Are we making content in the best way to engage the audience with the brand itself? What would the role of video look like in converting those prospects into Economist subscribers? And then is there a role for video in driving retention?” said David Alter, director of programs at Economist Films. More.

Pivotal Research is trimming its second-half revenue expectations for The Trade Desk, based on revisions to its connected TV budget forecast, with less growth this year and more in the next two to three years. Pivotal was “slightly ahead of our skies” on CTV, writes senior analyst Michael Levine in an investor note. But he remains bullish on The Trade Desk overall. Levine says the research firm’s DSP market data shows continued share gains for The Trade Desk, and that larger players are more vulnerable to antitrust and regulatory setbacks. “Particularly given the regulatory headwinds likely to weigh on mega-cap multiples, it remains one of our favorite names.” More.