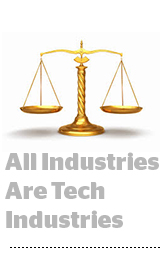 Big tech, are your ears burning? On Friday, the Federal Trade Commission held the second in an ongoing series of hearings digging into competition and consumer protection issues. The FTC is trying to update its enforcement and policy agenda in the face of fast-paced technological change. “Technology is no longer simply an industry, it is part of every industry,” said newly appointed FTC Commissioner Rebecca Slaughter, who kicked off the day’s discussions. (Read Slaughter’s full remarks here.) The current state of US antitrust law was the main topic of the day. “As consumers become data commodities themselves, the nature of competition has been evolving as well,” Slaughter said. And that means existing regulations probably need a serious refresh. “It’s evident that current antitrust and competition laws as they have been interpreted are not up to the task of ensuring a competitive marketplace,” said Joseph Stiglitz, a Nobel Prize-winning economist and Columbia University professor.

MDC Partners is exploring a sale for the second time in two years, after CEO Scott Kauffman stepped down earlier this month amid investor concern about poor financial performance. The group has hired boutique investment bank LionTree to find a potential buyer, The Wall Street Journal reports. MDC has struggled in recent years as client cutbacks hit its bottom line and the company loaded up its balance sheet on debt. The group brought in just $1 million in net income last quarter, down from $8 million a year ago, and its stock value has dropped 60% in the past year. More.

Comcast spent about $39 billion to beat out 21st Century Fox in an auction to buy a majority stake in the British pay-TV company Sky. Comcast paid a steep premium – 10% higher than Disney’s top bid and almost 40% higher than its offer in February – but it gains important strategic ground. When Disney agreed to buy 21st Century Fox in December, it took over its minority stakes in Sky and in Hulu, where it now has a two-thirds majority to Comcast’s third. Now Disney has to follow Comcast’s lead on Sky, after expecting to take complete ownership of the European cable company when it acquired 21st Century Fox. More.