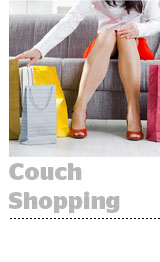 Want to buy the dress a contestant is wearing on “The Voice”? NBCUniversal is creating shoppable ad experiences for linear broadcasts that allow viewers to purchase items featured on a show or commercial. The programmer will take a cut of the sales that result from the integration.

The shoppable links can be accessed without leaving the couch. Viewers – using an iPhone or some Android phones – aim their phone’s camera at the screen, which scans a QR code. Viewers are prompted to tap a button, which links to the ecommerce site where they can buy the dress.

When NBCUniversal tested these ads during a “Today” broadcast, 50,000 people used their phones to navigate to the “Steals and Deals” site featured on the program, generating six figures in sales.

“This is another step in transcending the legacy business practices of TV,” said Josh Feldman, EVP, head of marketing and ad creative. “We are moving fully away from GRP selling to providing business outcomes.”

“We will own every point in the purchase funnel,” Feldman said. “We’ve had a ton of research showing TV has a huge impact on the bottom of the funnel. This will allow us to prove that out in real time.”

NBCUniversal’s move into shoppable TV aligns with a greater shift in marketing toward measurable media. That shift has disproportionately benefited media companies that sit close to a purchase – like Facebook and Google. Even Facebook has struggled in this area. At the moment, lack of direct response ad units in Instagram Stories is negatively affecting its ad revenue.

But NBCUniversal offers direct response in a high-quality environment, a differentiator. “[This is] programming people truly have an emotional attachment to, [with] a safe environment. That’s a different business model,” Feldman noted.

NBCUniversal plans to sell the shoppable ad units to its existing advertisers and attract new ones with more direct, response-focused needs. So shoppable ads are an important step for TV’s long-term business model, Feldman said.