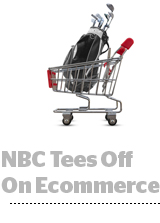 Hulu is working with partners to limit commercial pods to 90 seconds, almost halving its partner-controlled inventory by eliminating ad pods that last between 180 and 240 seconds. But that, admits Hulu head of ad sales Peter Naylor, made for an inconsistent and annoying experience for users. “Unless you have kind of inside-baseball knowledge about the ad experience, you may not know why you get longer ad experiences in some shows than others,” he tells Ad Age. “And that’s bad.” Hulu’s move follows efforts by TV networks such as NBCU to cut ad load as consumers increasingly grow intolerant to interruptive commercials. More.

Amazon plans to launch a free, ad-supported news channel for its Fire TV streaming video product later this year. Amazon is looking wherever it can for news programming to fill out its channel, including to TV networks, local affiliates and Verizon Media Group, which includes Yahoo and HuffPost, The Information reports. A Fire TV news app would make Amazon’s OTT platform more competitive with the Roku Channel, which includes news programming from ABC and Yahoo. The ad-supported news channel would also tie neatly into Amazon’s overarching goal to increase video inventory without showing ads on Prime Video, the popular ad-free content library that helps drive people to Amazon’s loyalty program. Right now, there are limited Prime ad spots beyond Amazon’s ad-supported streaming entertainment app, Freedive, or during Amazon streams of NFL games or other live sports. More.

As Seen On TV

As Amazon makes its move on broadcaster business in one corner, TV networks are trying their hands at ecommerce. NBCUniversal will open more than 30 ecommerce marketplaces this year, beginning with an online store tied to its Golf Channel. William Murray Golf, the golf apparel brand actor Bill Murray started with his five brothers, is teed up as one of the first to launch. NBCU’s ecommerce business won’t be profitable in its first year, but is expected to generate seven-digit revenues within the next few years, The Wall Street Journal reports. The consumer business line should be additive for NBCU, since most of the brands it’s partnering with aren’t TV advertisers yet, says Josh Feldman, the network’s head of marketing and ad creative. NBCU is relying on a 13-week TV ad campaign to get its ecommerce golf shop off the ground. More.

Here’s a change of tune: In an opinion piece published in The Washington Post on Saturday, Mark Zuckerberg called for the government to take a more active role in regulating the internet when it comes to harmful content, election integrity, privacy and data portability. “Lawmakers often tell me we have too much power over speech, and frankly I agree,” he wrote. “I’ve come to believe that we shouldn’t make so many important decisions about speech on our own.” Zuck also endorsed a global framework to protect people’s privacy a la Europe’s General Data Protection Regulation. But “beware of tech CEOs bearing gifts from government,” warns The Wall Street Journal. Bigger companies are better able to bear the cost of compliance, for example, which can create higher barriers to entry for smaller competitors, and in terms of turning to the government to regulate speech – what about the First Amendment? Facebook has its own soul searching to do before calling on Big Government to fix Big Tech.