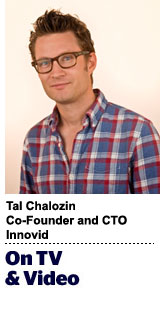 For years, some in the digital media industry have heralded the “death of TV” as an event nothing short of inevitable.

For them, the steady migration of video viewers to digital platforms only ends in one place: a world where the traditional cable television bundle is wiped out entirely, in favor of streaming services that allow customers to pick and choose the content they want to pay for.

Yet, for all this bluster, television is far from dead, and its future looks quite a lot like its present – but better. While consumers are slowly decreasing the amount of time they spend watching linear television, it’s much more accurate to say TV consumption is changing than it is to say it’s dying.

Despite all the talk of a la carte solutions, the economics of premium content suggest that the bundle is here to stay, even if it’s delivered through over-the-top (OTT) platforms rather than linear television.

So not only is TV not going anywhere, I see several reasons why the futures of OTT and TV will look a lot alike.

Small, Niche Services Will Be Absorbed Into Larger Bundles

One of the biggest trends of 2016 was the introduction of a series of a la carte streaming services aimed at niche audiences.

These services include Turner Classic Movies’ FilmStruck, which gives film buffs access to critically acclaimed movies for $6.99 a month, and NBC’s Seeso, which offers comedy enthusiasts access to exclusive shows and classic content for $3.99 a month. While some people see these niche offerings as evidence of the cable bundle’s dissolution, they are much more likely to prove the bundle’s staying power.

Ultimately, services like these have a low ceiling when it comes to scale. After all, there’s only so much money people are willing to pay for content, and those $4 and $7 dollar charges add up over time, particularly when many consumers will still want additional packages that provide sports, news and other live events. And because these niche services still need to pay high licensing fees and production costs to have enough content, this lack of scale will make them unprofitable in the long run.

Instead, these niche services will likely end up being absorbed by larger OTT bundles, in much the same way that HBO was eventually integrated into premium cable packages. With Amazon Prime adding Showtime to its OTT offering as a premium tier in late 2015, this rebundling is already underway.

The first wave of the OTT boom was marked by services such as Netflix, Hulu and Amazon Prime, which served as complements to traditional pay-TV packages rather than replacements. Because these services lacked access to live content, most subscribers hesitated to cut the cord entirely. Many people thought consumers would fill this void by mixing and matching different OTT services, but as we noted above, this configuration is simply not yet feasible for the service providers.

What’s actually happening is that the larger OTT players are filling in the content gaps themselves to compete with cable and satellite providers head-to-head. Already, PlayStation Vue, Sling, DirecTV Now and YouTube offer packages that combine live and on-demand episodic content with news and sports, including ESPN, making them complete replacements for linear TV. Meanwhile, Hulu has added live TV to its existing stockpile of on-demand content.

Over the next few years, many consumers will ditch their present cable, satellite and OTT subscriptions for a single, less expensive bundle that includes the live sports and news they crave. As a result, pay-TV providers that were once the only game in town will be forced to compete on price, content and user experience.

Since the OTT boom began with Netflix, some consumers assumed that the future of streaming services would be ad-free. This will not be the case.

Unless another OTT service reaches Netflix’s scale, it will need a combination of subscription fees and ad revenues to acquire the quality content necessary to win customers. Further, the advertising business revolves around brands associating themselves with premium content. Wherever people are enjoying news and entertainment, brands will follow with big money to be a part of the action. That includes sponsoring a show with limited interruption, paying for product placement or running pre-roll ads similar to TV’s 30-second spots.

Right now, marketers are spending more than $70 billion on television advertising annually, and that’s just in the United States. As television content moves toward digital channels, the pot will grow bigger.

Just as it is now, the content made available to consumers in our OTT future will be heavily influenced by viewership numbers. It doesn’t matter where a show is distributed – if people aren’t watching it, it’s probably not worth it for the network to develop more episodes.

But whereas Nielsen ratings only take into account the viewing habits of about a million households, OTT services will be able to gauge how many people watched a given show and identify which qualities make for a hit. As a result, OTT services will be able to enter negotiations with content providers with a clear idea of exactly what they’re looking for, such as more film noir shows or criminal procedural dramas.

Streaming content providers will make decisions with an eye toward increasing total screen time. It won’t matter what consumer are watching, so long as they are watching it within their universe.

Ultimately, OTT will look a lot like traditional television but all related elements, such as the user interface, ad experience, content discovery and measurement, will be significantly improved. As TV consumption continues to change, media companies and advertisers will keep scrambling to stay in the game. As an industry (and as consumers), we have a lot to look forward to in the coming years.