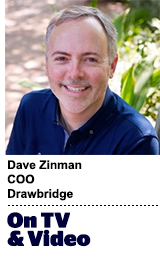 We’ve all heard speculation that Netflix could move to ad-supported streaming this year, largely as a means of offsetting its ever-growing content creation budget. But I believe those predictions are wishful thinking at best, and bordering on delusional at worst.

Netflix is already in a dominant position in the streaming market, with more than 139 million paid subscribers. Its core strategy is to use the recurring revenue growth from its paid streaming service to finance an unprecedented level of investment in content. As its subscriber base has climbed, its content budget has skyrocketed to an estimated $15 billion this year, which is increasingly being financed with debt.

Here are a few other reasons why it’s likely.

The whole point of ad marketplaces is scale. What’s the most valuable linear television market, year in and year out? The Super Bowl – primarily because it is far and away the largest audience available.

This would mean that the ad-supported service would always be scale-challenged by design. But if it’s scale challenged, then it will always be less appealing to advertisers.

Netflix has spent more than a decade acquiring customers who are ready and willing to pay for an ad-free experience. Those customers have been educated and trained in the benefits of such a service. The philosophy of content on demand – getting what you want, when and where you want it – is a core principle. Can you imagine the potential customer revulsion if Netflix injected ads at this point? The same could be said of its employees, many of whom have largely bought into the product philosophy.

If it ain’t broke

Netflix is dominant and getting more dominant every year. Companies pivot when they see a bigger opportunity or when their direction is a dead end. That isn’t the case with Netflix. See their stock price and history for the proof.

While many others in the digital marketing and advertising ecosystem are still struggling to build and activate a reliable and scaled consumer identity solution, Netflix is way ahead. The company has gained deep knowledge of its global subscribers’ identities, devices, locations, viewing habits and behaviors. Only a handful of other platforms have this at scale – namely Facebook, Amazon and Google.

As a result of this deep customer knowledge, I’ve actually believed for a long time that Netflix could introduce modest and thoughtful advertising across its service. Based on the nature of the licensing deals that Netflix signs for content, there may be financial incentives for Netflix to encourage viewing of some content over others. In the many ways that users navigate Netflix content, from search to scrolling, Netflix could bias results to elevate content that pays for placement or delivers greater profit to Netflix. Even Apple, the planet’s least advertising-friendly tech company, has built a multibillion-dollar search ads business on the back of its app store.

But this new identity-driven revenue opportunity would be tempered by Netflix’s prime directive for its interface, which is retention. And retention is a simple formula for Netflix: The more you watch, the less likely you are to churn. So if the Netflix algo biases content based on placement fees, it risks reducing the effectiveness of personalization and discovery. This would directly impact viewing time, and therefore retention. So an ads marketplace of this type on Netflix is inherently challenged and would need to be placed under significant restraint.

Netflix has overcome these limitations already, as it clearly biases viewing to its own original content. This benefits Netflix since there are probably no incremental costs for content based on viewing, and also because it reinforces the platform’s unique selling proposition.

Any potential advertising marketplace on Netflix along these lines runs counter to most people’s perception of an ad-supported streaming service, which lowers or removes monthly fees in exchange for showing ads to users while they watch content. That is simply a bridge too far for Netflix at this time.