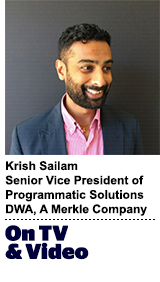 Nielsen has been in the news lately, and not in a flattering light. With a major TV studio (CBS) and media agency (Gray) casting doubts on the efficacy of its TV ratings, Nielsen finds its outdated model in peril. Frankly, I’m surprised this didn’t happen sooner.

Nielsen TV ratings affect everything from programming to ad revenue. But Nielsen carries enormous debt, and its ownership may be in flux. Ironically, Nielsen’s ubiquity puts the company in a precarious position: No major firm has a clear path to purchase because potential purchasers all have conflicts of interest.

With Nielsen in such an uncertain position and with no obvious buyer, what would a world without Nielsen look like? Specifically, what would happen to the TV and advertising industries that rely so heavily on the Nielsen measurement model?

A video industry without Nielsen already exists, made up of streaming platforms like Netflix and Amazon. Original content on those platforms has proven to be more experimental and unique than that of their linear peers. These programming risks are impossible for traditional TV studios that use revenue models reliant on Nielsen ratings for ad revenue. Without Nielsen tying them to ratings determined by a small group of theoretically “representative” viewers, studios may become more comfortable making bolder programming choices.

Of course, content must remain subject to consistent measurement if it is to be monetized. Therefore, a possible boom in niche content may end up being subverted by the second significant change I anticipate in a Nielsen-less world.

With a major, lucrative void in the measurement space, technology companies will flood to fill the vacuum. Nielsen uses outdated methods to produce ratings, including questionable panels and remote tracking devices. To succeed where Nielsen fails, new contenders would need to provide the strongest and most advanced solutions or risk being swallowed by competitors.

Ideally, the system to eventually emerge would look something like if a telecom like AT&T bought Vizio’s TV manufacturing business and could measure anything that appeared on a screen. Linking  recognized programming to directly measurable telecom data served through a home connection would create an undeniably accurate ratings system that was universal across technologies and products.

Unfortunately, this scenario could also result in a legal nightmare fraught with privacy violations. For that reason, I foresee a third major change that could occur if Nielsen went away: government regulation.

Regulations currently prevent Nielsen from a more invasive tracking approach. Nielsen’s demise may not lead to policy change on its own, but with a massive stake in the matter, I wouldn’t be surprised if tech lobbying and special interest firms seized the opportunity to ask for major changes to allow for a new standard of measurement and analysis.

The death of Nielsen could create short-term chaos in advertising. I can imagine large agency holding groups pulling back on upfront deals or aggressively shifting dollars to other channels such as search, social, audio or programmatic, which would lead to a decline in TV revenues and an industry in disarray.

But as the technology and legal landscape settle, buyers would adopt a standardized buying model, as if nothing had changed. Advertisers would receive better reporting and insights, and a stronger buying industry would emerge from the rubble.

And finally, what would happen to consumers? Imagine a world in which “prime-time” programming was only on during the times you personally wanted to watch it? Imagine if our favorite canceled shows – which we now stream from sketchy websites – were watchable and shareable?

The world has evolved since Nielsen started measuring TV in 1950. The American family does not gather at 7 p.m. to watch TV. Network choices that reflect this ancient rule will no longer define what we watch or when.