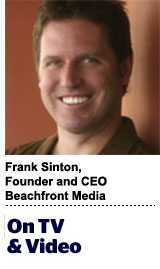 AT&T’s move to acquire AppNexus is a strategic one to position the company within its growing digital footprint. While AT&T has long been one of the largest advertisers in the United States, placing its own creative and managing others’ creative are two separate challenges. AppNexus sets up AT&T to leverage a mature digital marketplace without having to build one from scratch.

We already know they’ll be focusing on video, and the incorporation of AT&T’s customer data is a given with its access to more than 200 million subscribers in the US and Mexico through the company’s services.

Still, there are unique considerations for both sides to get the most out of this relationship. I see three major steps that should be taken next for the combined power of AT&T and AppNexus to work as well as it can.

Video header bidding is still nascent, but its growth is accelerating as the industry catches up. One of the reasons for that is Prebid, which is winning over publishers by being the one independent beacon of light they can rely on for truly transparent and competitive header bidding. As such, it needs to remain that way.

Now that AppNexus is no longer independent, it would be best to hand IAB the reins completely – meaning Prebid’s review and release process – and for AppNexus simply to be a contributor to it like every other ad tech company. AppNexus already offered Prebid to IAB Tech Lab, but IAB declined. Allowing IAB to assume control rectifies that unfortunate decision and allows IAB to focus Prebid in its own image going forward.

The negative of this move, of course, is that innovation may slow without AppNexus’ direct involvement. But if there’s a vibrant community supporting it, Prebid should continue to innovate and flourish, which only serves to increase video header bidding into the future.

The quality initiative needs to be laser-focused on both the supply and demand side. With video, particularly, inventory quality is of the utmost importance. Poor ads harm the overall video viewing experience and streaming video’s ability to grow audiences in both the long  and short term.

This goes not just for the premium tier at the top, however. AT&T and AppNexus also will need to scale, which means both the mid- and long tail. This is where Google has excelled, being able to implement AI to filter top-quality long-tail inventory so that buyers can scale their campaigns. Time Warner has mountains of content assets available, but brands aren’t necessarily jumping into the mid- and long-tail action as they once were.

Or at least they may not be right now. Recent research shows that 85% of teens prefer YouTube, which at least sets the stage for an even brighter future for the site – and long-tail content overall. Whether confined to the walls of YouTube or not, there’s a clear appetite to consume this sort of video content. To work with content beyond the (mostly premium) AT&T/Time Warner wall, it’s essential to also grab onto those mid- and long-tail opportunities.

The only way that AT&T’s aspirations of competing with the Google/Facebook digital duopoly come true is if it acts more like Google and Facebook. That means having a full-stack solution with a supply-side platform (SSP), DSP and data management platform. AppNexus’s focus over the past few years has been its SSP, relying on DSPs like the The Trade Desk and Google to fill the inventory.

For competition purposes, that’s just not going to be enough. With AT&T, AppNexus already has access to the sort of data and innovation capabilities needed for a top-flight DSP. For the sake of control and overall cost associated with the demand side, there reaches a point where allowing others to plug in no longer makes sense.

DSPs make a killing off extra fees. Wouldn’t AT&T/AppNexus prefer they were doing the same?