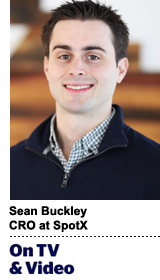 The streaming wars have taken a nostalgic turn over the past few months. Subscription services are inking billion-dollar deals for beloved sitcoms such as “Friends,” “Seinfeld” and “Two and a Half Men.” Despite the ongoing buzz around original content, such eye-popping sums offer a signal to media owners: It’s a seller’s market, and programmers are sitting on the industry’s most valuable growth opportunities.

As streaming services aim to beef up their offerings, now is the time for media owners to lean into the fray, leveraging the exposure and incremental revenue of third-party licensing partnerships, while preserving a path toward direct relationships with viewers. This is a complicated balancing act of driving revenue vs. building a relationship with audiences that will determine new winners (and losers) as the market grows more crowded, and competition for premium video inventory intensifies.

Amid the Great Unbundling of cable, many programmers have invested in direct-to-consumer apps that viewers can access through an over-the-top or connected TV (CTV) device or standard web browser. While some of these offerings will thrive, the growing sense of subscription fatigue among consumers indicates that most owners will need to explore other avenues toward post-cable profitability.

Long-standing networks and cable channels possess the brand equity to play a different game than Netflix or Amazon, by making their deep catalogs of content available through free, ad-supported video services (AVOD) – both first-party branded apps and bundles like Pluto or Tubi. These channels cater to a growing segment of viewers who crave the lean-back experience of cable minus the hefty price tag.

Too often the media industry veers into hyperbole. Netflix spelled the death of TV, until it didn’t. Younger audiences were allergic to advertising, until surveys found that most accepted branded messages, as long as the format aligned with their preferred viewing experience (and price point).

Media owners can unlock more value from their inventory by catering to different viewing preferences. AVOD services, including CTV interfaces like The Roku Channel, Samsung TV+ and Vizio WatchFree, offer an entry point into the $70 billion TV advertising market. And for viewers who prefer, and can afford, an ad-free experience, selling individual episodes through Amazon Prime or Google Play opens yet another incremental revenue source.

While casting a wide net of distribution partners, media owners must also be careful not to contradict their overarching strategy. This has long been the fear for broadcasters in syndicating their shows to Netflix: If a network wants to recruit new viewers for a primetime cable series, it might prove futile to promote early episodes through an ad-free streaming service, which fosters divergent viewing expectations.

In this regard, AVOD is an appealing alternative for consumers and programmers alike. It retains the ad-supported model of cable and brings more diverse content options to cost-conscious consumers. Given the presence of popular ad-free services, AVOD needs to uphold a user-friendly experience. More than ever, consumers expect branded messages that are relevant, fresh (read: frequency-capped) and seamlessly integrated.

For those with a branded app or DTC offering, the staggered distribution of content inventory can help nudge new viewers toward conversion. For example: NBC might widely share the first season of “This Is Us” across several paid and AVOD streaming services, before directing viewers toward an owned-and-operated environment for season two onward. This strategy maximizes the potential audience for a show, without sacrificing the upside of future subscription revenues or direct first-party relationships.

Similarly, reruns of popular TV programs may find second lives in subscription services (SVOD), such as HBO Max’s exclusive rights to stream “The Big Bang Theory” and Netflix’s deal for “Seinfeld.” Even though SVOD services are not ad-supported, the audience data they collect can enhance advertising capabilities and user-experience across other AVOD channels, where those same viewers are also consuming TV content.

As the video market continues to evolve, tradeoffs around inventory rights will vary for each media owner. Staying ahead of these changes requires a proactive stance toward licensing and monetization, continually investigating the full landscape of devices, bundles and platforms, and making informed decisions about which playing fields to compete on (and how).

Anything less than a holistic approach runs the risk of overlooking a key distribution point and swiftly being sidelined as the content battles rage on.