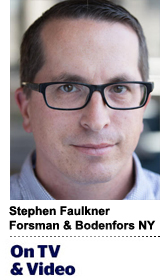 During the current COVID-19 shutdown, my family has been in dire need of entertainment to fill the time outside of school and work. We were not alone when a zoo in middle America launched a video series that has become a daily escape for us and millions of families, which could ultimately lead to a surge in tourism for the zoo and the city of Cincinnati.

A livestream by the Cincinnati Zoo featuring Fiona, a charming hippopotamus, launched their “Home Safari” series. Each episode features a zoo animal and staff answering questions from the online audience. My family has tuned in every day, and the zoo staff even answered one of our son’s questions.

These videos generate hundreds of thousands of views, with the livestream for Moe the sloth pulling in 1.4 million views, nearly besting the zoo’s annual physical visitor total of 1.5 million. During these livestreams, the zoo collects thousands of dollars in donations and merchandise sales and seeds the idea of a future visit in their audience.

As zoos across the country close their physical doors during the outbreak, several opened virtual ones – welcoming a large population of new visitors stuck at home, looking for entertainment outlets for themselves and hoping to provide kids with something educational.

The results, as shown by Google Trends and Facebook page engagement, show interest in the Cincinnati Zoo has exploded while other zoos are seeing interest slack off. The Cincinnati Zoo’s Facebook followers have increased 50% between March 14, when it shut its doors, and March 24. Other zoos that didn’t engage in the same way with the quarantined masses, such as St. Louis’ zoo, the National Zoo and the Bronx Zoo, have seen nominal lifts in followers, with less than 1%.

Google Trend data shows an all-time high in search interest for the Cincinnati Zoo, surpassing the largest zoo in the United States, the San Diego Zoo, which draws 2.5 million more annual visitors. The San Diego Zoo has provided links to its extensive collection of animal web cameras and has also seen a small rise in Google searches.

What does this mean for the city of Cincinnati and its lovely zoo? Millions of people are visiting the zoo every day on Facebook. For a zoo that averages 1.5 million visitors a year, this is a potential boon for future visit totals. Families are crowding around their devices, getting to know the zoo staff and animals. The zoo will likely see a wave of new visitors from all over the world.

In our family, my son has already called for a vacation to Cincinnati, twice.