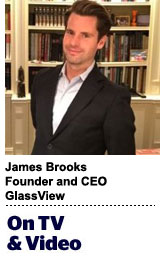 Today’s column is written by James Brooks, founder and CEO at GlassView.

How many people are watching a brand’s video ads? And for how long?

Such verification will give marketers data about consumers’ interactions with their ads. But it’s not going to tell them what they really want to know. Though we can track video ad performance in granular detail, the best way to tell if they’re working is often to use metrics from 50 years ago, including increases in brand awareness, affinity and recall.

Video Ad Metrics That Don’t Reveal If An Ad Worked

Anyone who is spending money on a digital video ad campaign will naturally want to know the best metrics to gauge success. The frustrating answer is that it depends. If you’re running a branding campaign, click-through rates aren’t important. If it’s a direct-response campaign, they are.

There are other reasons why popular digital video metrics don’t tell you much about whether ads are working. Viewability, for example, matters, but only to a point. Viewability is important because marketers want people to see their ads, but if they aim for the highest possible viewability rate, then they’re likely to pay higher CPMs and reach fewer people than if they aimed for a lower viewability percentage.

Likewise, audibility is nice, but not essential. Does it matter if people hear video ads? Yes, it’s definitely preferable to having consumers not hear them, but it really depends what marketers are trying to do. If marketers are selling paper towels, they might be able to run subtitles and audio might matter less. A luxury brand, however, may not want to detract from its editorial images with words, eliminating captions as an option and making audio more important.

Finally, completion rates are often beside the point. Sitting through an entire video ad shows engagement, but it’s possible to see only part of a video ad and still be exposed to a branding message. That’s how banners and billboards work.

Look To The Funnel

Looking at video metrics in isolation is a bit like looking at the wrong end of a pair of binoculars. To determine the success of a campaign, marketers need to assess whether the ads are working, which requires an expansive view rather than tunnel vision.

That’s why the best way to assess a video campaign is to start with the purchase funnel. It may be a century-old remnant of marketing past to some, but the purchase funnel is still an important tool to determine who marketers are trying to reach.

Video tends to skew to the upper part of the funnel so they’re good for branding rather than for direct-response, generally speaking. The best way to measure branding advertising is to measure consumers’ brand affinity before and after an ad runs. So far, there’s no high-tech way to test ad recall. You have to simply ask consumers if they remember seeing an ad.

That seems squishy, I know. We would all like a machine that tells us unequivocally, with data, that an ad works. There are humans behind those numbers, though. They are more complex than their clicks and swipes would indicate, and in many cases the tried-and-true metrics from 50 years ago still yield some of the most significant insights today.