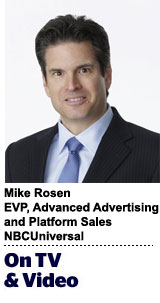 It’s the rallying cry of today’s TV doomsdayers who believe that consumers want to avoid all advertising on TV: “Shut off long, annoying commercials!”

The problem is that it’s not exactly a novel message.

That phrase didn’t come from Twitter. I didn’t hear it at CES. I didn’t read about in AdExchanger. It’s a tagline from a 1955 print advertisement from Zenith Electronics for its groundbreaking Flash-Matic, the first-ever wireless remote control for television.

The Flash-Matic looked like a toy laser gun and only performed a handful of wireless functions, such as turning the TV on and off and changing the channel. But its key selling point was its then-groundbreaking muting ability, which allowed it to “Shut off annoying commercials while the picture remains on screen.”

In 1955, television was barely a decade old. There were only about eight minutes of commercial per hour – less than half of today’s average non-programming air time. And yet, the backlash against the intrusive nature of TV advertising had already begun.

It has kept going ever since. After the Flash-Matic came the VCR and then the DVR, both of which were once seen as existential threats to the advertising ecosystem. They were followed by another clear and present danger: subscription video-on-demand (SVOD) services.

Is this finally the knock-out punch?

No. But it sure is leaving a mark.

Technological advances surrounding the television, combined with the emergence of new distribution platforms, have given consumers the ability to avoid more and more ads. Yet our industry has failed to land a counterpunch – or find a meaningful solution.

Instead, our response over the past few decades has created advertising’s own version of the apocryphal “cobra effect.”

The story goes that the British colonial government in Delhi was worried about the dangers of cobras. So, to combat the population, it established a bounty for every cobra skin delivered to the government’s office. “Entrepreneurs,” sensing an opportunity, started breeding cobras and cashing in on the reward. Soon, the government ended its bounty policy after realizing it didn’t curb the cobra epidemic. The breeders, with a glut of worthless cobras, released them into the city.

In short, the policy to get rid of cobras actually increased the number of cobras.

We’re facing a similar issue in television. Instead of a bounty, we reacted to a decreasing supply of rating points with more commercials. But there is an unintended consequence: Consumers are increasingly unhappy, and clients want more bang for their buck.

Fortunately, we’ve finally found some effective ways to fight back, and it is critical that we all come together to reinforce the vitality and endurance of our ad-supported marketplace. Together, we need to think beyond old, antiquated metrics like C3 ratings and get to what really matters: business outcomes.

We need to create products and build ecosystems and marketplaces that can deliver the right brand messaging to the right audiences at the right time.

And to do it, we should take inspiration from an industry quite dissimilar from ours: the diamond industry.

As anyone in the market for diamonds knows, a stone’s value is based on the so-called “four Cs”: cut, clarity, color and carat – carat refers to weight but they needed another “C” – and specifically, the combination of those four Cs.

Yet, in the buying and selling of TV, we still rely on a legacy system premised on ratings alone. It’s as if we were selling diamonds based solely on cut, without any regard for their clarity, color or carat. In fact, even as publishers begin to cut back on ad load, that “cut” cannot be the only way we assess value.

It’s time we apply all of the four Cs to premium video advertising.

If we focus on the four Cs, the result will be fewer, more relevant commercials. Audiences will have better viewing experiences, and they’ll be less likely to switch to SVOD or reach for the remote, our modern-day Flash-Matic.

That’s good for marketers, too. They’ll be able to tell their story to their customers in a way that engages and inspires them – in an environment that’s clear of hazards and faults, full of emotional color and weighted toward results.

If we don’t evolve, it won’t just be “long, annoying commercials” that get shut off; it will be the ad-supported ecosystem as we know it.