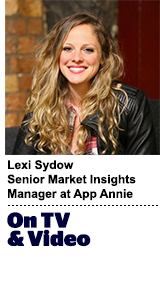 Amidst all the pageantry, glamour and celebration at last month’s Oscars, it’d be easy to overlook two important developments that speak volumes about the future of television, how we consume media and advertising.

Netflix’s “Roma” was nominated for best picture – a first for the streaming video giant. And the Academy Awards had the second-smallest television audience in the show’s history, according to Nielsen. These may seem like two distinct occurrences, but in reality, they both speak to a larger trend that should capture the attention of advertisers everywhere: As the Oscars celebrated the year on the big screen, the implications of the small screen loomed large.

While Netflix is not likely to overturn the Hollywood establishment anytime soon, its breakthrough with the Academy Awards illustrates how powerful the streaming platform has become, particularly on mobile. In 2018, Netflix was the No. 1 app in worldwide consumer spend, on iOS and Google Play, which helps explain how it can undertake a $15 million film project like “Roma.”

But just as importantly, viewership was low for the Academy Awards. The reason for this is debatable, but one contributing factor is that millennials and Gen Z simply don’t watch as much live television as previous generations. In fact, 55% of the television segments millennials consume are watched after they have already been broadcast live.

While television viewership has declined, mobile video consumption is rising. In a world where food delivery, ride-sharing and everything in between is available on demand, it makes sense: Why would millennials sit through an entire show including commercials, when they could use YouTube or other platforms to watch on their smartphones and on their own time?

The ramifications of mobile’s upward trajectory will be far reaching, especially when it comes to advertising. If television audiences decline, it’s going to be more difficult to sign up advertisers for a $2 million to $3 million spot during the Oscars or a $5 million slot during the Super Bowl, which had its lowest viewership in more than a decade.

But it goes beyond just the cost. Even with these large price tags, advertising on television does not provide the same advanced targeting and audience analysis capabilities as mobile ads. That may be why many companies who run Super Bowl ads actually release them beforehand on YouTube and social media channels.

Mobile ads empower advertisers to discover how consumers engage with their ads, where they’re located, their demographic group and more. This creates a win-win: Advertisers get more information about their audience, access to consumers throughout their busy days and direct calls to action with one tap, while consumers get personalized ads that cater to their preferences and buying habits, instead of sitting through irrelevant television ads.

With more consumers than ever before using mobile and more time being spent on these devices, the advertising dollars surely will follow. This year, 60% more apps are expected to monetize through in-app ads. Clearly, mobile is now the primary screen for consumers, and this will only increase as Gen Z and millennials gain more earning power and become a larger part of the global audience. For advertisers, those who win tomorrow will be those who win on mobile today.