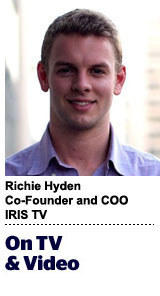 In the fast-changing TV business, data will be the currency that pays for everything. It will allow for better ad targeting, smarter decision-making and new business opportunities. Figuring out how to adapt to the new world is the most entertaining, and important, story on television. Consider it the ultimate reality show.

Already, we’re seeing a chasm opening between those with the most and least data. Whether they’re traditional linear TV, an over-the-top (OTT) digital service, a publisher of video and other content or some other hybrid, the video platforms that invest in using their data will be the ones that survive and thrive.

Consultant Shelly Palmer has gone so far as to write that traditional TV will be “dead soon.” He argues that the digital giants – Facebook, Amazon, Netflix and Google/YouTube, or FANGs for short – have figured out how to use their vast stores of data about their respective audiences, to target content, advertising, ecommerce marketing and more. Networks will have to do the same.

The FANGs each tap one of those key data sets with information such as who watched something, and when and where, especially if it was a mobile view. The FANGs know how much of the video a person watched and whether he or she interacted with the content or any ads, such as by sharing it on social media or clicking through to another site.

By contrast, marketers using traditional linear TV have gotten by for decades with show ratings, combined with modest estimated demographics. Out of those rather slim pickings, marketers have had to impute the value of the ads they buy for network shows. What they don’t know is how accurate their calculations are or whether people are actually looking at either the shows or the ads that pay for them.

Marketers won’t put up with that much longer, as they become increasingly sophisticated about leveraging new data tools. The question is what the networks will do to compete with the FANGs and other data-driven competitors trying to capture audience attention and marketer dollars.

And to be clear, it’s not just the networks who must build up their data capabilities. Dozens of over-the-top channels and many other publishers with substantial digital video content need to invest in deeper data knowledge as well.

These OTT channels and publishers almost certainly won’t be the next FANG but they can maximize their assets and improve their ability to build a sustainable business. They can become mini-FANGs, if you will, data-driven and fully leveraging the insights and connections generated by every site visit and video view.

Turner Broadcasting, for example, has been justifiably lauded for its efforts to build an advanced data-collection capability called Competitive Audience Estimation, which is wrapped around its cable channels.

Legacy publishers such as Atlantic Media and Conde Nast, are optimizing their growing libraries of video, while thriving digital sites such as HuffPost, BuzzFeed and Vice were built from a foundation of deep data understanding.

All these companies understand the value of data, the digital currency that will pay the bills for years to come. Even companies that weren’t built for the digital age can rapidly retrofit their businesses for the new world.

The big question facing TV networks, which must move past the same legacy habits, is whether they’re ready to adapt to the data-driven future and use the lessons and tools of the FANGs. Will the “show” about these networks be “Survivor” or “Naked and Afraid”?