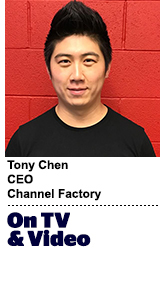 With Facebook opening Watch to any video creator, its video strategy now competes directly with YouTube. Watch already has 75 million daily users, but with more than 2 billion people on Facebook, that number will grow as Facebook further integrates video into other elements of the platform.

On stage recently, Tara Walpert Levy, Google’s vice president of agency and brand solutions, welcomed new YouTube competition from Facebook, arguing that it will only bring more attention to the category.

This is an understatement. With Facebook repeatedly stating that video is a major part of its innovation strategy going forward, advertisers and creators should expect another explosion of growth across several aspects of online video.

Creators will have more choice

For years, even YouTube’s biggest influencers and content creators had little competitive choice for publishing. YouTube has been the only game in town. As a result, they’ve mostly had to take what they get from Google.

For Facebook to offer relevance to brands and viewers, it’ll need content, which likely means it’ll focus on enticing content creators. As one example, it has already made it easier for publishers to add new shows without building completely new pages, which was a lot of extra work.

While making it easy to produce content is fine, making money is the real goal for creators. YouTube will gauge the numbers to determine how much it will need to raise the bar to keep creators happy, which it has already said is a top priority. Last year, it also introduced new ways for creators to monetize content through merchandising, and earlier this year, promised more ways for creators to make money through better automated video scoring and a better appeals process.

As these two giants start fighting for the best creators, monetization options will surely increase even further.

Advertisers will have more leverage

Advertisers want a combination of targeting, brand safety and performance. And it’s clear that both Facebook and Google are listening.

Facebook’s account requirements make it harder for commenters and creators to post anonymously, delivering competitive brand safety in user-generated content (UGC). Right in line, YouTube announced recently that it will take responsibility for negative content, rather than rely on users to flag it.

These innovations play into a growing trend to expand beyond brand safety into a more nuanced brand suitability approach, where the advertiser has levers to decide what types of content really work best for their voice, audience, location, etc.

With a captive audience of known users and rich profile data, Facebook has the opportunity to deliver targeting that’s different from YouTube, and it will likely focus on that in pitches. Recently, Google has also provided a wide variety of new advertising features to allow better targeting against Google search activity, content data and more. For example, it has updated its “P-Score” to include production value and platform data to help match advertising to the right content on the right channel.

This back and forth battle will put advertisers in the driver’s seat somewhat, as they decide what offerings are best and how much they want these two giants to bend to deliver something better.

The line between UGC and premium content will blur

Until now, Google and Facebook commanded slightly different advertising budgets. Many agencies have a separate team to buy social media, but Google is divided between programmatic, search and video (YouTube). What they had in common was that users provided the content.

Over time, more and more of that content has had hefty resources behind it, from well-paid influencers to actual content studios with a TV show contract. This blurred the lines between UGC and produced content.

Facebook Watch accelerates that trend and will push new forms of content across a wider sphere of channels. A broad variety of connected TV producers will likely pick up top creators at a faster clip and integrate influencer content into more digital video.

Companies like Barstool Sports and Vice are already experts at hopping between amateur and professional content. And advertisers will eat it up, especially in a market where they enjoy more control to ensure brand suitability and good targeting.